The Social Security Administration is best known for running the nation’s largest retirement program. But it’s also responsible for deciding whether millions of Americans qualify for disability benefits.

If you want to understand how those decisions are made, it’s going to cost you: $2.3 million.

That was the administration’s response to a USA TODAY NETWORK request for public information. Reporters are trying to scrutinize the performance of doctors hired in each state to review federal disability applications, including their workload and how fast they reviewed application files.

The agency’s extraordinary price tag indicates that Social Security has no central database, but rather allows each state to manage doctors differently — a policy that, in at least one state, led to an unusually high denial rate and hefty doctor paychecks. 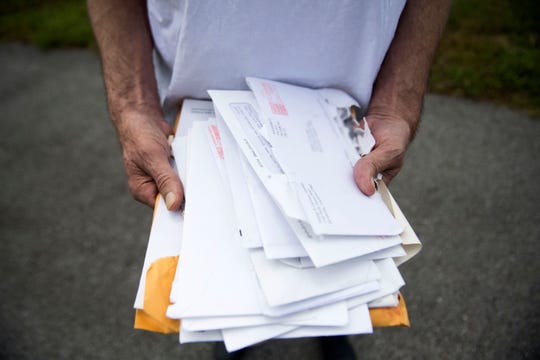 Alan Chrisman holds medical bills and records near the McDonald’s where he worked at as a maintenance employee before being diagnosed with stage 4 colorectal cancer. This photo has been altered to blur the address on the envelope. (Photo: Caitie McMekin/News Sentinel)

The $12.4 billion Social Security Disability program has to protect public funds from fraud, so the high case loads and under-staffing lead reviewers to err on the side of denial.

More: Checked your Social Security statement? If not, you could miss a shortfall in benefits

Legal advocates say these doctors are being incentivized to speed through cases to maximize their pay. In the process, they’re wrongly denying applicants who have legitimate claims.

One doctor, for instance, failed to obtain a hospital discharge paper that showed a Tennessee patient’s colorectal cancer was inoperable and had metastasized. The prognosis would have clearly qualified Alan Chrisman for disability, even under the complex rules set by the Social Security Administration. Chrisman, 59, hired a lawyer, appealed his denial, and a different doctor recommended him for disability.

Application files can stretch to hundreds or thousands of pages, with doctors’ notes, lab results, hospital reports and work histories. The Social Security-hired doctor’s opinion weighs heavily in whether someone will be approved for cash assistance, or denied.

On average, state reviewers denied 65% of disability claims in fiscal 2018. Some states  — including Tennessee, Arizona and Mississippi —  had higher rates, rejecting more than 70%. 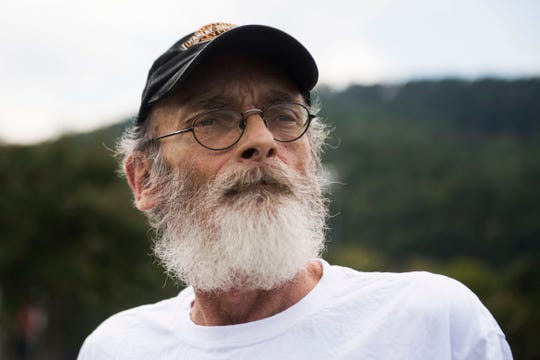 Alan Chrisman was diagnosed with stage 4 colorectal cancer over a year ago. He applied for disability but was denied based on a recommendation by a medical contractor hired by the state to review claims. He then found a lawyer to file a request for reconsideration. Another physician examined his file and recommended he be granted disability. (Photo: Caitie McMekin/News Sentinel)

“A medical consultant’s determination kicks off the whole thing,” said Jennifer Burdick, an attorney with Community Legal Services of Philadelphia.

“If a medical consultant gets it wrong, an individual can go without medical care, housing or income for years. There needs to be a way to police against that.”

Ashley Palma, an attorney based in Norwich, Connecticut, said she routinely represents clients who were wrongfully denied benefits. Some of her clients have become homeless or died after being rejected, unable to work or afford health care. A denial can be appealed, but there is a backlog of 720,000 people waiting for their cases to be heard.

“The fact is no one is really looking into what is happening on a large scale,” she said.

A lack of centralized data

In October, the USA TODAY NETWORK submitted a Freedom of Information Act request seeking doctor performance data for each state.

The agency responded in April, indicating they would need 72,100 hours to get such information. That’s the equivalent of nearly 60 employees working full-time on the request for a full year – without taking vacation or holidays off.

States reported dramatically different estimates. Officials in Iowa reported that getting the records would take 9,063 hours. Even then, the data wouldn’t include the amount of money each reviewing doctor made, or how long they took to review each case. Colorado, meanwhile, reported the request could be fulfilled with 20 hours. Maine officials reported the data could be delivered in eight hours.

“The data varies from state to state,” a letter from the administration said.

The lack of centralized information raises questions about how the administration can ensure disability claims are being reviewed carefully, or whether the agency’s budget is based on accurate case loads.

“The data is there. It’s sitting in each state office,” said Dr. John Mather, former chief medical doctor for disability programs at the Social Security Administration. “They have to have that data to make budget calculations. They just don’t want you to know.”

Mather retired to Tennessee, where he worked as a contract doctor until he was fired in 2017 after raising concerns about the high volume of cases reviewed by some doctors.

On Wednesday, the Social Security Administration declined to respond to additional questions about its oversight of disability programs. Instead it closed the USA TODAY NETWORK’s public records request entirely.

“Because we have not received payment, we are closing your request,” an email from an agency spokeswoman said.

Network investigation introduced as evidence in dozens of appeals

In Tennessee, more than a dozen attorneys have introduced the NETWORK investigation’s finding as evidence in appeal hearings for clients who claim they were wrongfully denied.

Judges have been receptive, said Chris George, a Gallatin-based attorney.

George provided a transcript of a recent hearing in which he introduced the data, but declined to name the specific judge, saying he did not want to get the person in trouble with the Social Security Administration.

“Let me state on the record, my decision is going to be made on my assessment of the medical evidence, not on Dr. Thrush’s five or ten minute assessment, I’ll guarantee you that,” the judge said after George asked to introduce data.

Thrush is a Tennessee doctor who reviewed, on average, a disability case every 12 minutes over a five year period. He is the doctor who recommended against cancer patient Alan Chrisman’s disability.

“I’m not going to be a party to any kind of fraud that the state DDS is sponsoring with Thomas Thrush,” the judge said.

The Social Security Administration denied a reporter’s request to attend a disability hearing, despite having permission from the applicant and administrative law judges.