According to a new study from Owners.com the town of Virginia Beach in Virginia is the number one home buyer market in the country.
Buzz60

When Todd and Marisa Bluth bought a $188,000 starter house in Commerce City, Colorado in 2012, they figured it would take at least a decade to build enough equity and savings to trade up to their dream home.

“I never thought the house would appreciate so quickly,” Todd, 34, says. “We played the market against itself.”

Since the U.S. housing recovery began in 2012, affordable homes in modest neighborhoods have notched the sharpest price increases while luxury houses in wealthy neighborhoods have had the smallest percentage gains. In other words, on average, the lower the home-price tier, the more dramatic the price increase, with mid-range homes appreciating moderately. 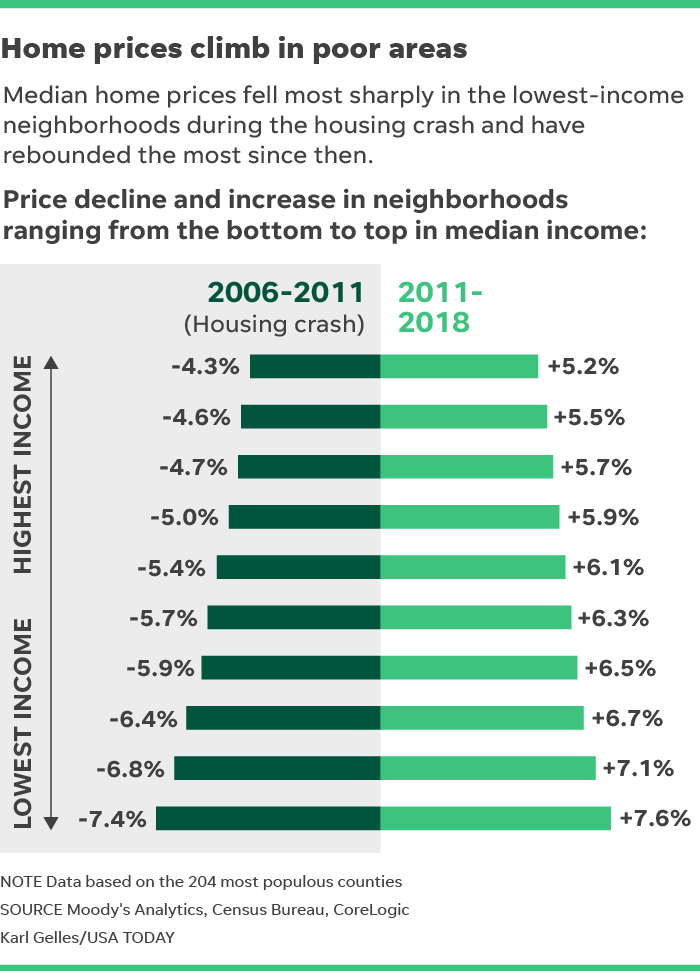 The trend is largely rooted in the fact that prices of inexpensive houses fell the steepest during the real estate crash and so had more room to recover, says economist Kwame Donaldson of Moody’s Analytics.

The unusual dynamic is allowing homeowners like the Bluths to move up to their “forever homes” more rapidly. It’s also helping many low- and moderate-income Americans amass wealth that can improve their lifestyles or bolster their nest eggs. But first-time buyers looking to get into the market now may be squeezed out. 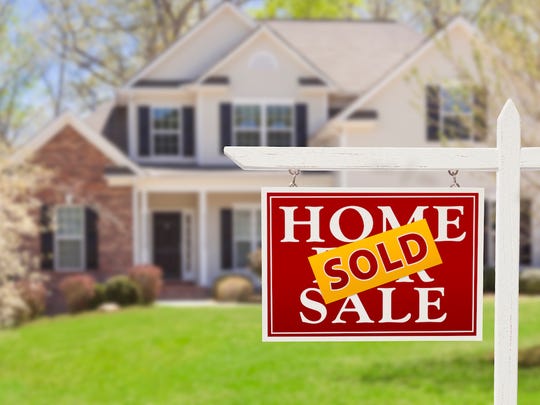 New home sales in the U.S. rose by 4.9% month over month in February, according to the latest data from the U.S. Census Bureau. The year-over-year increase was a much more modest 0.6%. (Photo: Feverpitched / iStock)

The Bluths, who had a daughter when they lived in their first house, needed to move because another child was on the way and they’ve since had a third. “It would have been getting pretty crowded,” Todd, an attorney, says.

Texting instead of yelling: How families ‘talk’ to one another at home

5G: Verizon turns on mobile 5G network ahead of schedule in Chicago and Minneapolis

With a combined income of about $70,000, the couple took out a government-backed mortgage for their starter house, allowing them to make a down payment of just 3.5%. The home’s sharp price appreciation let them put down 20% for their current, larger home, eliminating the need to pay mortgage insurance and helping them pay off the $10,000 they owed on a car loan.

As a result, they’ve paid the same amount each month for their new home as they did for their first house and the car.

Trulia found similar results in a study based on home prices rather than a neighborhood’s median income. From 2012 to February 2019, the bottom third of homes with the lowest prices appreciated an average 8.03% a year, compared with 6.39% for mid-level homes and 5.01% for the most expensive units, the analysis found.

A big reason for the disparity is that home prices in the lowest-income neighborhoods tumbled the most during the housing crash – an average 7.4% a year – while values in the wealthiest areas fell the least – 4.3%, according to Moody’s. That’s likely because low-wage workers lost their jobs in greater numbers during the 2007-09 recession, and many couldn’t make their monthly mortgage payments, Donaldson says. Many also had subprime mortgages they couldn’t repay as home prices began spiraling downward. As a result, houses in those neighborhoods experienced more foreclosures and were resold by lenders at bargain prices, lowering average values in those zip codes and setting the stage for a bigger rebound.

Another factor is that while the number of homes on the market remains historically low, affordable, entry-level units are especially in short supply and so their prices have climbed more rapidly, Trulia’s Romem says. Builders are putting up few starter houses because they can’t make a profit amid high labor, material and land costs, he says. In February, there were more than twice as many top-tier homes available as bottom-tier units, Trulia figures show.

In the Chattanooga, Tennessee area, which has the strongest correlation between lower median incomes and sharp price increases among the 204 counties studied, “There’s no new construction under $200,000,” says Mark Hite, a broker at a Keller Williams franchise in town.

Many low- to moderate-income shoppers are buying affordable homes, leveraging the rising prices to obtain home equity loans for renovations and then selling and moving to larger houses, Hite says. Others are using the increased equity in their homes as collateral to start small businesses, says Geoff Ramsey, a broker at REMAX Properties.

In northern New Jersey, some lower-wage homeowners are banking much of their profits and buying cheaper houses in the southern part of the state or in low-cost places like Florida and South Carolina, says Andee Post, a broker with Keller Williams in Woodcliff Lake, New Jersey.

“If you’re going to move south, you can get a lot of house for your money,” she says.

Not all lower-income house dwellers have benefited from the price run-up. Many foreclosed homes were snapped up by investors and rented out. In the nation’s poorest neighborhoods, two-thirds of homes are investor-owned, Donaldson says. Still, that means a third are occupied by low- to moderate-income owners who are reaping gains. And a larger share of houses is owned by residents in still-modest neighborhoods with slightly higher median incomes.

The windfall for owners of less expensive homes may be petering out now that home prices in all categories are well past their pre-recession peak. Gains for affordable houses are still leading, but the gap has narrowed substantially since early 2017, according to Trulia. That’s largely because the price increases have made starter homes less affordable for lower-income Americans in particular, tempering demand, Romem says.

Also, in the latter stages of an economic expansion, stronger wage growth tends to bolster demand and prices in wealthier communities, Donaldson says.

Yet many middle-class Americans are already ahead of the game.

“For me, it’s the peace of mind knowing we’ve been able to achieve a great situation,” Bluth says. “Everything is sustainable long-term” regardless of what happens to the economy and home prices.