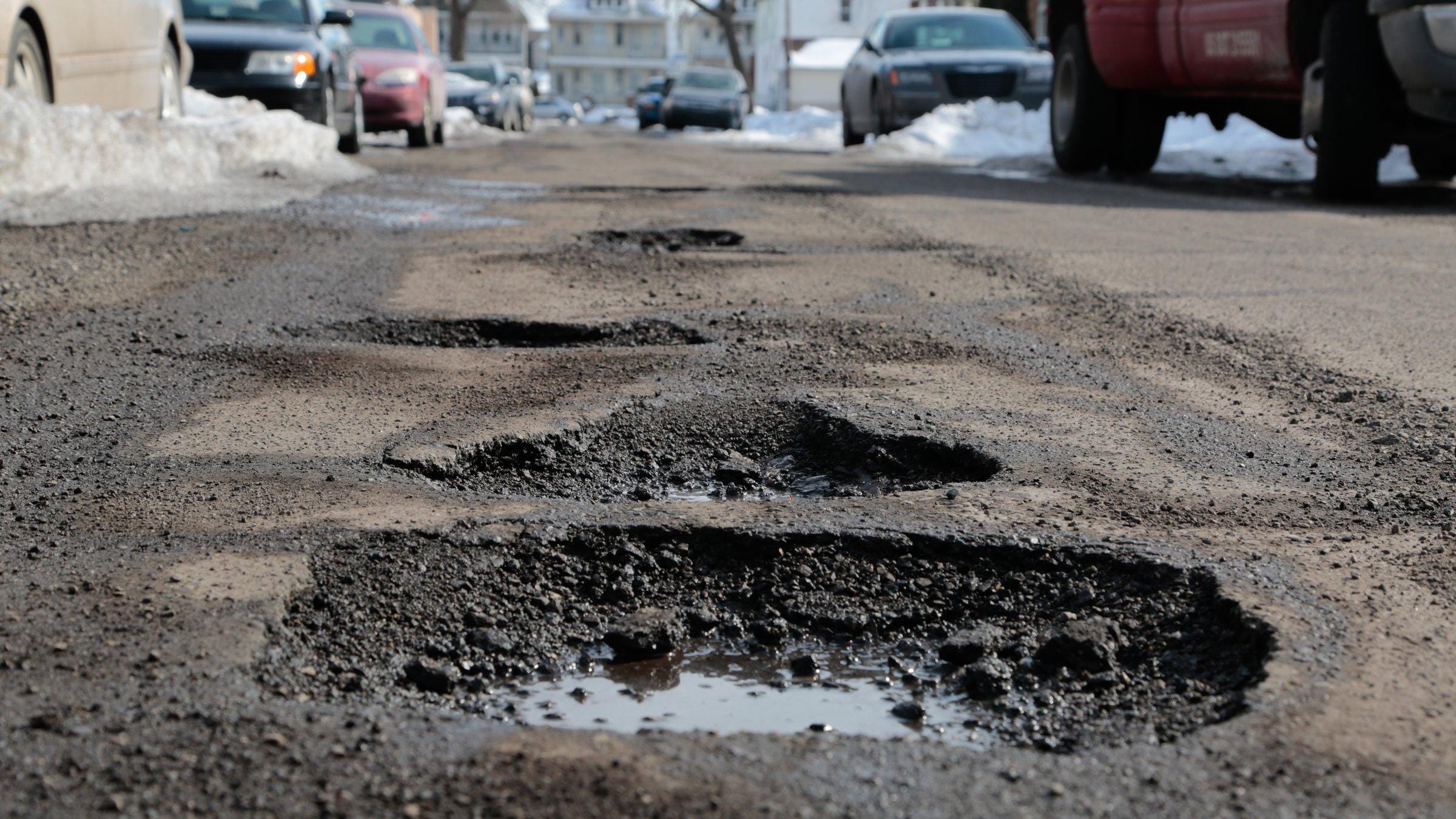 DETROIT — A Facebook video posted Wednesday showing a boy taking a pocked Muskegon Heights street into his own hands and filling up the potholes with dirt has since garnered more than 50,000 views.

The boy, Monte Scott, 12, told WZZM-TV that he didn’t want people messing up their cars like his mom did.

In the video, Scott is seen working in a red and orange hoodie, using a shovel and a garbage can of dirt to fill up one of the larger potholes on what looks to be a bumpy stretch of street.

“He really got a garbage can filling these potholes,” a woman’s voice in the video says. “Because his granny drive down this street and they down here.”

Passers-by stopped to capture the scene on camera, praise Scott and lament about the state of the roadway.

“You’re gonna be something too, you’re a hard worker,” a man is heard telling Scott.

A user sharing the video identified herself as Scott’s mother, and said her son left school early after a half-day, so he chose to fill up the potholes on Maffett Street off of Summit.

“I love my son. He has a heart of gold,” the video post’s caption said.

According to WZZM-TV, Scott’s mother, Trinell Scott said he didn’t tell anybody that he was planning on doing this, and she found about it when her niece texted her that a video was on Facebook. She also told the station that her son has since filled around 15 potholes near his family’s home, and hopes to finish the street.

Muskegon Heights Mayor Kimberley Sims told the Free Press that she was touched to hear about Scott’s efforts and inspired.

However, Sims said it was bittersweet to see Scott take charge because “the problem is so bad that he feels he has to do that.”

“We have a constant issue of potholes,” Sims said, adding that Muskegon Heights crews are small, but are working to address issues daily — this winter hit the city’s roads particularly hard. “I commend the young man’s efforts. He’s 12, he should be getting ready for school the next day, or playing video games,” she said, adding that his behavior is a “true testament” this his love for community and for his family.

Sims explained the city passed its first street millage a couple years ago and levied taxes to improve the condition of the local roads, but said, “our overall funding system is broke.”

She said it’s important to consider that Muskegon Heights is a depressed community, and “the tax base isn’t there that would be in most communities.” Looking to solutions, Sims said that if revenue sharing in the state could increase, communities like Muskegon Heights could get additional support and allocate more funds towards improvements that benefit the community.

Sims said these policy improvements, plans and conversations can help drive progress, so the city’s kids don’t have to worry about fixing the streets.