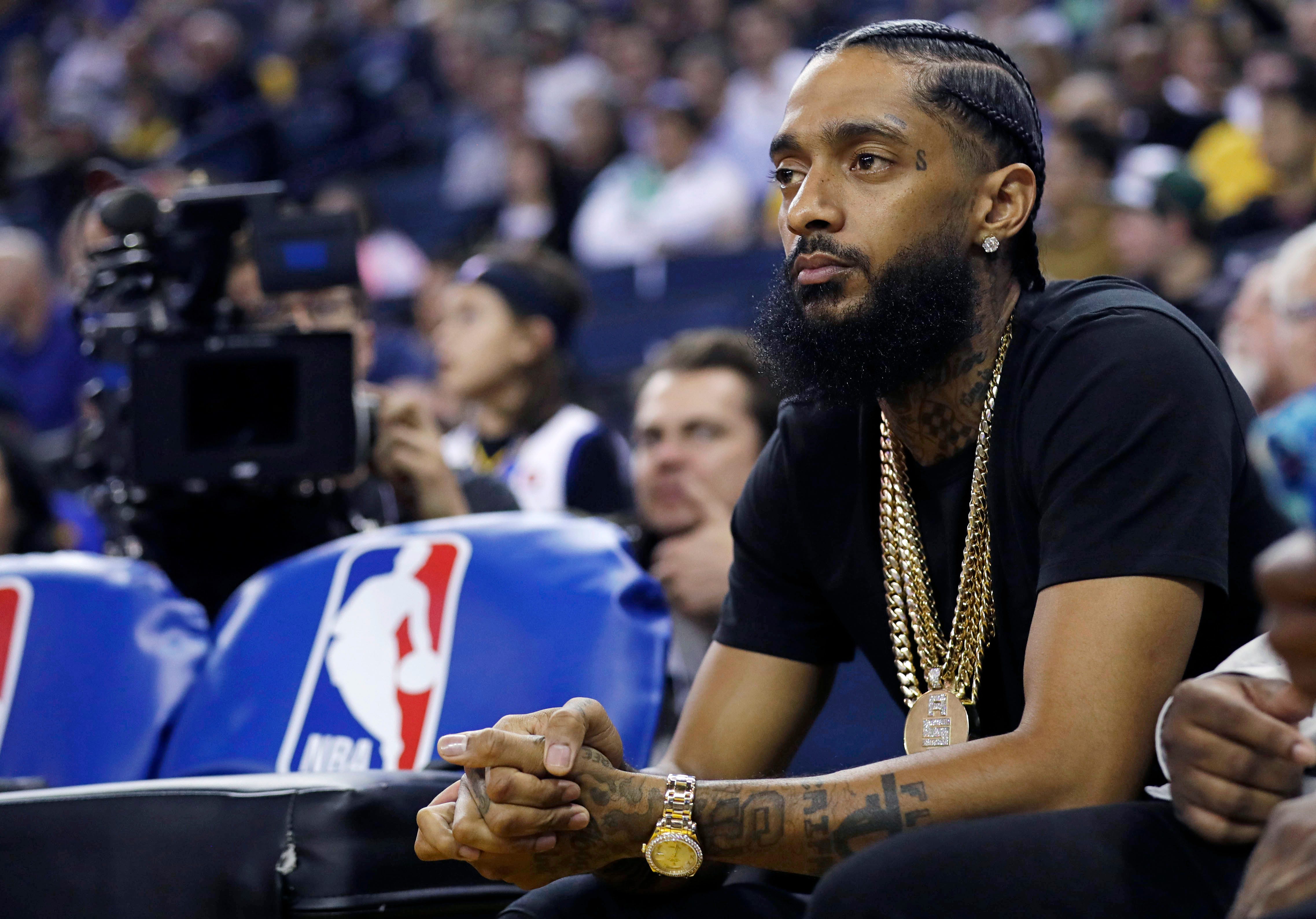 Grammy-nominated rapper and community activist Nipsey Hussle was shot and killed in his native Los Angeles on Sunday.

Hussle, 33, was a noted NBA fan and was close friends with many players, and his death sent shock waves through the league. Tributes from players and teams began to pour in shortly after the news broke.

LeBron James took to Instagram to post a picture of Hussle, born Ermias Asghedom, with the caption, “Just spoke with you the other day on text bro! Telling you how proud I was of you and how I was gone get you to more Laker games next season. Been A Stand Up dude from Day 1. May you rest in PARADISE Young King ‼️‼️‼️‼️‼️ This One Hurts Big Time!”

Stephen Curry, visibly upset by the news, shared his thoughts on Hussle following the Golden State Warriors’ win over the Charlotte Hornets.

Steph Curry had developed a recent friendship with Nipsey Hussle. He shares some thoughts on his death. pic.twitter.com/sBeD4YnOQz

“Yeah, that was tough. Obviously a surprise to a lot of people,” Curry told reporters. “I got to know him last year and had a great conversation about who he was as a person, what he stood for, what his message was, how he tried to inspire people considering where he grew up and how he turned it into something extremely powerful and represented an entire city. So definitely a sad, sad, tragic event.

“Obviously, sending prayers to his family, his community, to Lauren London (who Hussle was in a five-year relationship with). Hopefully they stay strong though this. It’s tough. Senseless crimes that don’t need to happen, especially with a guy that was doing what he was doing.”

Additional tributes are below.

Nip was serving a higher purpose!!

RIP NIPSEY HUSSLE 😢😢😢 Real one that always showed me love everytime we ran into eachother. Rest in peace Legend.

RIP @NipseyHussle, your music and message will live on forever! 🙏🏾 🙏🏾

YOU’RE ONE OF ONE BRO!!! Rest Up King 🙏🏾🙏🏾 pic.twitter.com/fXzJesHlaB

Do too much good, try to bring people together and they will take you down… R.I.P @NipseyHussle 😔😔😔

People like Nip are never just what they do for a living. So much more man. Dropped a lot of gems. Touched a lot of ppl. He’s one of most genuine ppl I ever crossed paths with. Lost an amazing soul today. Same ppl you fight for will kill you sometimes. That’s a real lesson.

Gone but his Legacy will Live on FOREVER😓🙏🏽 #GoneTooSoonNipsey

R.I.P Nipsey Hussle smh this is sad man praying for his family #WhenWillThisStop

Can’t believe this 😪😪 @NipseyHussle way more than just a rapper. Used his platform to move the people. Rest In Peace. 🙏🏽🙏🏽

Gone too soon – prayers to your loved ones #nipseyhustle🙏🏾

The Clippers honored Nipsey Hussle, who was killed today in LA, with a tribute before tipoff against Memphis. Hussle was close with Lou Williams and Montrezl Harrell. pic.twitter.com/OMOEUQ2DY3