That’s what entertainment icon Oprah Winfrey said this week, in announcing why she had decided to get into business with Apple.

The subtext: With that giant base of 1.4 billion iPhone owners, Apple could sell the public anything.

Even an entertainment service touted that offered no defining characteristics about how it would be different from Netflix, Hulu and the others, one that didn’t even bother to show any video clips or announce a monthly price tag.

Or, as blogger Bob Lefsetz noted: Apple’s event on Monday did nothing more than parade “a bunch of aged celebrities to show credibility,” at an event announcing Apple TV+, the new planned service aimed at the cord-cutting crowd.

Steven Spielberg, Oprah Winfrey, Big Bird, Reese Witherspoon, Alfre Woodard and Sara Bareilles were the main attraction. Would you pay $10 monthly to watch them if you got a notice about them on your iPhone? 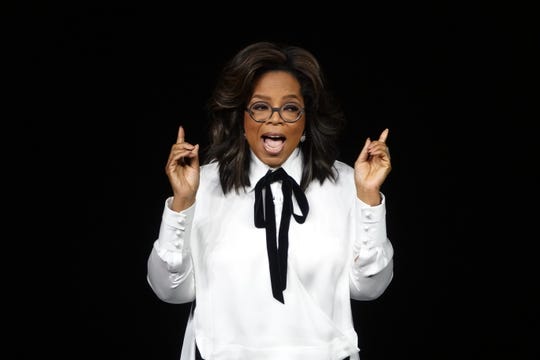 On our Facebook and Twitter feeds this week, the answer was a resounding no, which suggests Apple has a huge marketing challenge.

“Didn’t hear anything that would make me jump in … yet,” noted Peter Csathy, the chairman of consultancy CreatTV, on Twitter. “What’s the great hook? What’s the differentiation?”

Also on Twitter, the writer Ali Hughes said: “I have so many services now, I’m sure the success of the original shows will be the tipping point for me but I can’t in good conscience pay for another streaming option.”

Apple has a challenge, despite all those people who own iPhones. Apple, which has seen iPhone sales decline, is trying to make up the difference with a huge push on Services, recurring monthly subscriptions, like the ones we pay now for iCloud storage, Apple Music and the new News + magazine service that launched this week.

At Apple’s launch event this week, the company showcased new services for gaming, entertainment and news.

To hear Winfrey tell it, the iPhone user will get a message about signing up for TV+ and respond by forking over their credit card, which Apple has now also offered to provide.

Lefsetz reminds that the biggest base in the world won’t automatically translate into market dominance. Go back in time with us to 2011, and remember when Facebook was by far the dominant social network, with over 800 million members. Google, the No. 1 website then and now, launched its assault on Facebook in 2011, by creating a social network called Google+.

Google tried every trick it knew to build the audience, including mandating that all YouTube accounts had to register through Google+.

Today, Facebook has over 2.3 billion users, and Google+ shut down earlier this month.

Speaking of social networks, anyone remember Ping? That was Apple’s short-lived attempt to build its own network. It launched in 2010, three years into the iPhone, and was out of business by 2012.

And Apple’s Music app, despite being a virtual copycat of Spotify, has carved out an audience with over 50 million members, which is respectable, but that’s out 1.4 billion with an iPhone in their pockets, or less than 3 percent of the total audience. The iPhone user base hasn’t enabled it to catch up to Spotify, which has just under 100 million users.

Finally, when you think connected speakers, Alexa and the Google Assistant probably come to mind, with the Echo and Google Home speakers. Apple’s HomePod barely made a dent with consumers.

After the event this week, many people walked out scratching their heads since Apple didn’t give us pricing for the new services, definitive timing or any info on how they will be different from competitors.

Daniel Ives, an analyst with Wedbush Securities called the Apple event “very odd,” with an overall grade of C+. “You would expect a grade of an A for an iPhone event. Here the disappointment is the lack of details.”

If you wanted to see celebrities on March 25, Apple’s headquarters was the place to be. The place was filled with stars talking up their forthcoming Apple TV series. Case in point: Steve Carell, Reese Witherspoon and Jennifer Aniston, who will play morning TV anchors on an as-yet-untitled drama. (Photo: NOAH BERGER, AFP/Getty Images)

In other tech news this week

Call Filter is a free version of what previously was a $2.99 per month per line option. After the app is installed, the app promises spam detection, a spam filter and the ability to report numbers. An alert from Verizon will be given when the incoming call is likely to be spam.

The social-networking behemoth said it had removed 2,632 Facebook pages, Groups and accounts that “engaged in coordinated inauthentic behavior” on both Facebook and Instagram. This follows months of fake profile crackdowns. Just over 500 of those accounts were tied to Iran, while almost 2,000 were linked to Russia, Facebook said.

Baseball fans with T-Mobile can once again get free baseball through the company’s T-Mobile Tuesdays app. Similar to past years, the wireless carrier has partnered with Major League Baseball to offer free MLB.TV subscriptions for the 2019 season.

The streaming service, which lets you watch out-of-market, regular-season baseball games, would otherwise cost $118.99 for the season. With the full MLB.TV subscription, you can watch on your phone, tablet, or computer. 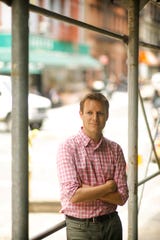 Substack. My extended chat with Hamish McKenzie, the co-founder of the Substack newsletter platform, about the resurgence of newsletters.

My cousin got hacked. And what to do about it.

Skinflint’s guide to cutting the cord

(Finally, my latest #Photowalk video, from Santa Barbara. If you have a moment, please check it out!)

US judge blocks Medicaid work rules in blow to Trump