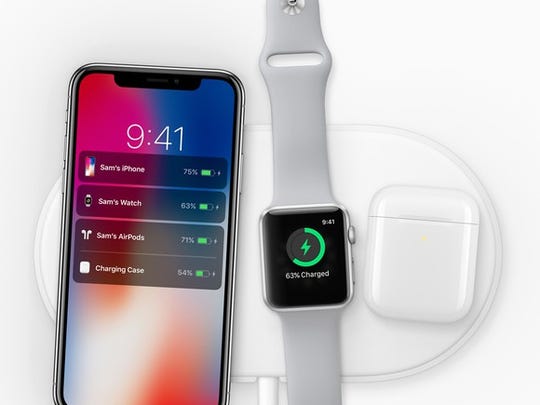 After first being announced alongside the iPhone X in 2017, Apple finally confirmed that it will not be releasing its AirPower wireless charger.

At the initial announcement, Apple touted the charging mat as being capable of wirelessly charging an iPhone, AirPods and an Apple Watch at once. The company at the time said the product was “coming in 2018” but never released the product.

Now it appears it never will.

In a statement first provided to Tech Crunch and confirmed by USA TODAY, the company said the charging mat did not reach its standards, prompting it to cancel the product entirely.

“After much effort, we’ve concluded AirPower will not achieve our high standards and we have cancelled the project. We apologize to those customers who were looking forward to this launch. We continue to believe that the future is wireless and are committed to push the wireless experience forward,” said Dan Riccio, Apple’s senior vice president of Hardware Engineering.

Rumors have persisted that Apple was facing hardware challenges in manufacturing the pad. In a blog post from September, notable Apple leaker Sonny Dickson said the company seemed to have encountered issues with heat management, interference, and issues with charging accuracy and speed.

The timing of the cancellation comes just as Apple’s new AirPods, which are available with a wireless charging case, became available to consumers.

Apple’s streaming future: With yet another streaming option, Apple TV+ brings us further into age of the ‘unbundle’

In an ironic twist, those who buy the new wireless-charging buds have a reference, and in some cases a picture, to the now-canceled AirPower on its packaging.

Inside the story of the rescue mission