In early February, the NCAA used Saginaw Valley State University to launch its latest warning to member institutions — this time the smaller schools that make up Division II.

Springboarding off a self-report from Saginaw Valley on paperwork issues that led to 130 athletes in 15 sports competing improperly over several years, the NCAA warned schools that they must have a strong compliance program — a tall task for small schools.

“The committee is cognizant of the financial challenges faced by many Division II member schools,” the NCAA said in its press release announcing its decision. “However, this case illustrates the need for all Division II schools to ensure that they devote the necessary funds and staffing to establish an effective and reliable compliance program that, at a minimum, can fulfill basic and fundamental responsibilities of membership, including eligibility certification, as exemplified in this case.”

Despite the stern words and a finding of “lack of institutional control” at Saginaw Valley — normally the harshest of rulings the NCAA can make — the punishment was largely a slap on the wrist. Saginaw Valley is forfeiting wins, going on probation for four years and paying a $5,000 fine.

It’s unlikely the NCAA’s warning shot will have much impact across the hundreds of universities that make up Division II. Many of those schools are struggling with decreasing enrollment and see adding more sports teams as a way to grow enrollment. The same schools also often run their athletic departments at a loss financially, meaning they often don’t have big administrative staffs.

At Saginaw Valley during the time when the violations occurred, the university had one compliance officer for its 400 or so athletes.

That meant the compliance staffer could spend 6 minutes on each athlete during a normal work week.

A lack of resources

In early September 2017, the then-compliance director for Saginaw Valley discovered problems with the way the university certified its athletes as eligible. The university reported the problems to the NCAA, which launched an investigation.

Among the problems found: 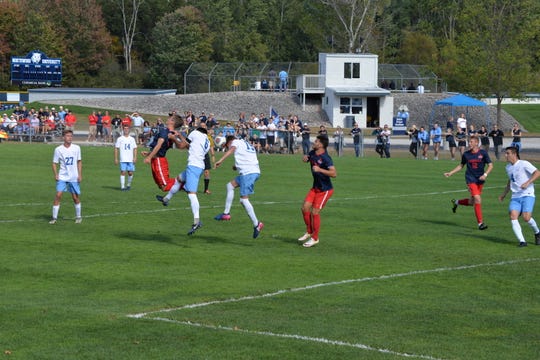 One primary reason for the breakdown of the certification processes was the “persistent turnover in the compliance administrator position,” the NCAA found. “During the four-year period prior to the discovery of the violations in fall 2017, four different individuals filled the role of associate director of athletics for compliance. This constant churn in the compliance office greatly hindered the institution’s ability to implement, maintain and monitor its certification program.

“Further, due to this turnover, communication broke down between the compliance office and coaches, especially regarding the expectations of the coaches in the certification processes. In addition to repeated turnover in compliance personnel, SVSU failed to hire enough staff members to fulfill compliance responsibilities and functions, including eligibility certification.

John Decker, Saginaw Valley’s athletic director, agreed with the causes of the problem.

“We didn’t have the staff and we asked (the compliance person) to do too much,” he told the Free Press. “There are a lot of steps to making sure a student is certified correctly. When you miss a step, they aren’t certified and then it piles up. It was more than just a paperwork error — it was bad communication — but it was not an intentional attempt to get around the rules.”

Saginaw Valley now has the equivalent of two full-time compliance officers. It also has established a new committee that includes representatives from the university’s registrar office, housing office and others to make sure all departments are communicating about the athletes and any issues they are having that might make them ineligible.

What is Division II anyway?

More than 1,100 colleges and universities make up the NCAA (National Collegiate Athletic Association), which is divided into three divisions, based on size. Division I is the biggest schools, like the University of Michigan and Michigan State University.

Division II schools are smaller, with an average enrollment of about 3,000 students in 2017, the latest year for which statistics are available. They have, on average, about 400 athletes per school.

The schools don’t offer full athletic scholarships, instead using a mix of athletic, academic and other scholarships to help cover costs for students, who also often must pay a portion of their attendance costs. 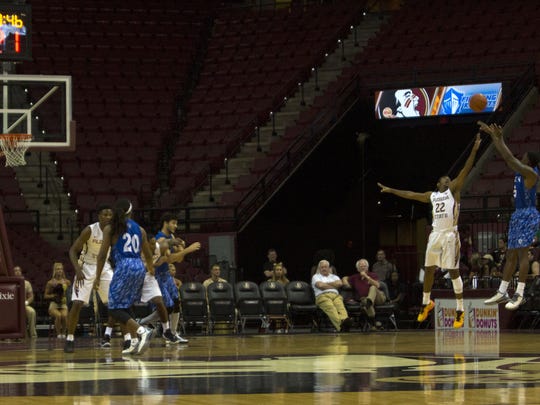 Less than a week before the NCAA announced violations at Saginaw Valley, the organization announced sanctions for Lynn University, a private school in Boca Raton, Florida.

It was pretty much the same story at Saginaw Valley, just in a different place.

There, the NCAA found 51 violations centered on athletes that played in games while not eligible.

“Lynn allowed the student-athletes to participate without obtaining, completing or retaining required documents and without confirming that student-athletes met academic and/or transfer requirements,” the NCAA found. “The violations were caused in part by the compliance officer’s lack of experience and resources.

“This case demonstrates the need for all member institutions to devote adequate resources to the athletics compliance effort. While the compliance officer alone is responsible for her violations, Lynn’s inadequate monitoring of the certification process, and the people involved in it, contributed to the problems.”

The penalties were much the same in Lynn’s case as in Saginaw Valley’s case, although the compliance officer from Lynn was banned from working at a NCAA school for four years for not cooperating with the NCAA’s investigation and for lying to some coaches about whether students were eligible.

“Moving forward, we are dedicated to enhancing our Department of Athletics compliance processes to ensure absolute adherence to NCAA bylaws,” the school said in a news release. A school spokeswoman said the athletic director was not available to talk to the Free Press.

The NCAA used the violations findings document to, just as with Saginaw Valley, to fire a warning shot at its Division II members.

“The (NCAA) is aware of the financial challenges faced by some member institutions. It is not singling out this institution; in fact, the (NCAA) commends Lynn for taking decisive action once the issues leading to the violations came to light. However, this case illustrates the need for all Division II institutions to ensure that they proactively devote adequate resources to a rules compliance program operated by trained and competent personnel so as to prevent these violations.” 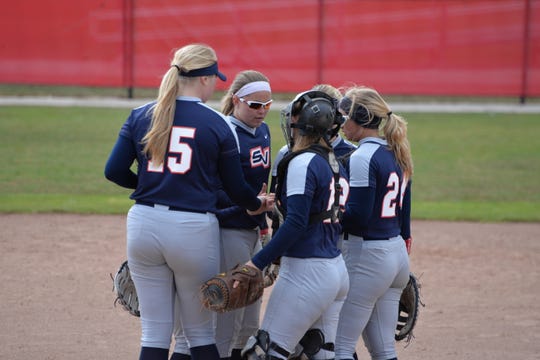 Change on the horizon?

Overall enrollment is dropping. That means less tuition money. Thinking of ways to get more students on campus, administrators add sports. More sports means more athletes, and at Division II, those athletes are paying tuition. But with overall enrollment down, there’s not as much money to hire new staffers in the athletic department to oversee items like compliance, which puts a heavier load placed on whmever is doing compliance and perhaps added to staffers doing other jobs.

The numbers bear the trend out.

Between 2007 and 2017, the overall enrollment at Division II schools with football — like Saginaw Valley — has dropped by 4 percent, or about 25,000 students.

At the same time, the number of athletes at the same institutions has increased by 30 percent, or about 20,000 students.

So the strategy is working to bring in more athletes.

“You can dangle a few partial scholarships and attract some students to come to your school,” said Rick Eckstein, a professor at Villanova University who studies the NCAA. “Schools are under tremendous financial pressure and are trying anything to get more students.”

But those sports don’t bring enough revenue to pay for all that’s needed. According to data from the federal government, the average Division II school with football had brought in about $6.9 million in revenue, but had $7.1 million in expenses in 2017.

So that leads to one-person compliance shops.

“When you’re certifying 400 to 500 athletes on your own, it’s tough to do,” said Christian Dennie, a lawyer in Texas who worked in athletic departments and now advises universities on NCAA matters.

“One compliance officer for that many athletes is ridiculous,” he told the Free Press.

A Division I school might have 20 people in its compliance department.

“The NCAA wants these people (Division II) just as compliant with the rules as the big universities,” Dennie said. “They are doing the same work with much less in terms of resources.

That all means it’s likely more schools are having struggles with handling all the regulations from the NCAA.

“Division II is largely the forgotten division,” Eckstein said. “There are often the local state school or the smaller private school. The NCAA has the tendency to pick and choose when they enforce all the rules. They don’t like to do so at the big schools, so they do every once and a while with the smaller schools and they can say, ‘Look, we enforce the rules.'”

The NCAA declined to make anyone available to talk about this issue.

Gun-control advocates are setting their sights on AR-15 advertising