Megan explains the difference in commonly-seen beer glasses at restaurants and bars, and which one you should ask for depending on the beer you’re drinking.

ROCHESTER, N.Y. – Delaware’s Dogfish Head Brewing is known for its quirky and off-center beers. So at first glance a new partnership with Kodak doesn’t seem all that weird.

Dogfish is teaming with Kodak for SuperEIGHT gose, a sour German-style wheat beer that features eight main ingredients and can also be used to process Kodak’s Super 8 motion picture film.

“We’re comin’ at ya with so much juicy flavor with the latest release of our new gose, SuperEIGHT,” Dogfish Head founder and CEO Sam Calagione said in a release. 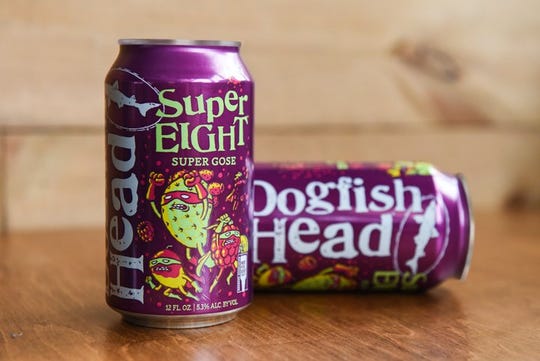 The beer will be hitting shelves in early April and will be available at all your favorite local beer retailers, including Wegmans.

While appearing on an episode of the Kodak podcast “The Kodakery” last year to discuss “analog processes in the digital age,” Calagione found out that the heightened levels of acidity and vitamin C in some beers could also be used as a processing agent for some films.

And for a brewery that has already released collaborations with bands and musicians like the Grateful Dead, Pearl Jam, and Miles Davis and used ingredients like granola and raisins and just about anything else you can think of, it really almost makes sense that a collaboration with Kodak would take shape.

The beer was formulated to specifically process Kodak Super 8 film, the brewery said.

“Early batches of the beer were sent to Kodak to begin development,” a release said. “A series of tests were done, and they successfully proved that SuperEIGHT can act as a film developer.”

As part of the rollout for the beer, Calagione is planning a boat trip up the East Coast this summer and he will be documenting his travels on Super 8 film.

And of course, the film will be developed in the beer and then turned into a short film. More details of the trip will be announced next month.