The iPad Air and iPad mini have updated.
Time, Time

LOS ANGELES — Confused about which iPad to buy? Apple now has five of the tablets to choose from, ranging in starting prices from $329 to $999. How do they stack up?

Let’s go down the list, from the model simply called “iPad,” to the top of the line 12.9-inch iPad Pro.

—iPad. It has a 9.7-inch screen and a $329 price tag, the lowest of any iPad. It uses “Touch ID,” for thumbprint security and the older A10 performance chip. It’s compatible with the first generation of Apple Pencil. Has the least amount of storage available, at 32 GB. 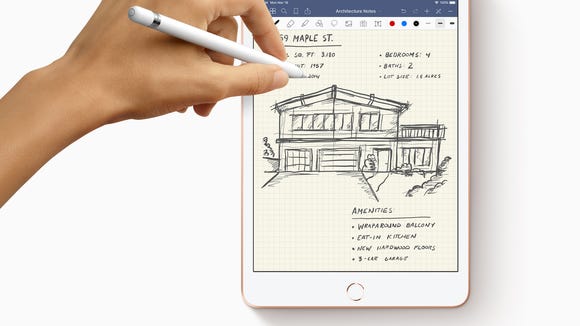 —iPad Mini. The new, refreshed model has a 7.9-inch screen, $399 starting price tag, Touch ID and a faster, A12 performance chip. It too is compatible with the first generation Apple Pencil. Comes with 64 GB storage.

—iPad Air. This new, updated model has a 10.5-inch screen, $499 price tag and A12 chip. It uses TouchID and is compatible with the first generation Apple Pencil, with 64 GB storage.

—iPad Pro (11 inches). This device has a $799 price tag and uses FaceID for security. The Pro units have an A12 chip and are compatible with the second-generation Apple Pencil, has 64 GB storage.

Which is the best deal for your dollars?

The plain iPad is clearly the best deal, at $329 and a hefty-size screen, though people who prefer smaller devices may prefer spending just a little more and getting the Mini with a smaller screen, more storage and a faster chip.

As always with new Apple announcements, what starts at a low price has a habit of increasing once you add in additional features.

For instance, start at $329 with the iPad, upgrade for maximum storage, the cellular edition and throw in the Apple Pencil, a Bluetooth keyboard and Apple Care, and the final tally is $1,213.77, including tax.