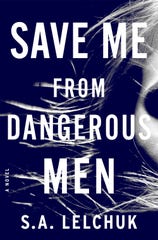 “Save Me From Dangerous Men” (Photo: Flatiron Books)

If you are looking for a new literary heroine who does not fit any of the stereotypical P.I. molds, and breaks a couple of them while she’s at it, S.A. Lelchuk’s “Save Me From Dangerous Men” ( Flatiron Books, 326 pp. ★★★1/2 out of four) should be at the top of your reading list.

Nikki Griffin owns a used bookstore on Telegraph Avenue in Berkeley, California. Her regular customers are as colorful and eclectic as the titles on her shelves. Whenever a stray customer comes in looking for just the right book, she always has the perfect recommendations.

Her store’s successful book club is made up of her regular customers as well as a whole other set of strays: Mixed in among the group are women who have nowhere else to turn when the men in their lives turn violent. Nikki has different “recommendations” in mind for these dangerous men, one that could be interpreted as threats. Nikki is both a bibliophile and a badass.

More: ‘The Wolf and the Watchman’ is a brutal book of Scandinavian noir you won’t soon forget

Nikki, 33, also works as a private investigator, hired by clients who want cheating spouses tailed. Nikki is an unconventional P.I. and does not fit neatly into any of the tropes. She does not own a cellphone and drives a not-so-subtle red Aprilia motorcycle.

During an average day at the bookstore, a Silicon Valley CEO, Greg Gunn, approaches Nikki with a case: to follow one of his employees, Karen Li, who is suspected of selling company secrets. Pretty cut and dry. Or so it seems. 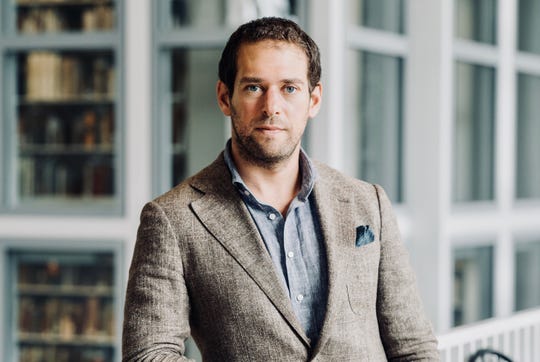 When Nikki witnesses Li being threatened by a pair of men, her worlds collide. Instead of staying on the case, she acts to save this woman from dangerous men. As a result, she herself becomes a target in a conspiracy that she has yet to get a handle on.

Lelchuk pens a suspenseful page-turner. Perhaps with an eye on an eventual series, the author makes Nikki and her backstory the book’s focus; the plot, at times, seems secondary. But that is not to say the plot is second rate.

Rather, it is original and inspired. The who-done-it and why are meticulously built, with bread crumbs carefully laid out to give the reader an aha moment not a moment too soon.

Nikki Griffin is anything but boring but totally believable. Even the fact that she does not own a cellphone makes sense once you get to know her. Throw in the book’s eclectic cast of supporting characters – a possible love interest, a troubled brother and a skeptical therapist – and Lelchuk has set the stage for both a heroine and a world to which we will gladly return.

Michelle Obama can now claim to have the bestselling book of 2018! Keri Lumm reports.
Buzz60