Mike Trout and the Angels agreed to a deal the will pay the two-time MVP $430 million over the next 12 years, a record commitment in North American sports history.

Mike Trout is not leaving the Los Angeles Angels.

Trout and the Angels are finalizing a deal that will pay the two-time MVP $430 million over the next 12 years, a record commitment in North American sports history, a person with knowledge of the deal told USA TODAY Sports.

The person spoke on condition of anonymity because the deal has not been finalized yet.

The deal is still a couple of days from being finalized.

ESPN was first to report the contract Tuesday morning. 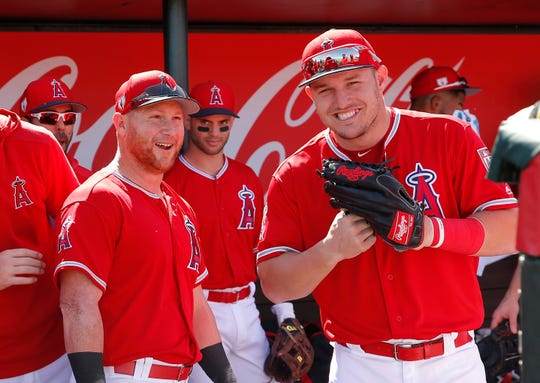 Trout is owed $68 million over the next two years and the Angels extended the deal another 10 years, for $362 million. Trout, who is 27 years old, will be 39 when the contract expires.

The overall commitment is $100 million more then Bryce Harper received on Feb. 28, when he signed a 13-year, $330 million deal with the Philadelphia Phillies.

Trout, a seven-time all-star and two-time MVP, was eligible to become a free agent at the conclusion of the 2020 season.

The reported contract would pay Trout an average of more than $35 million per season, surpassing the contract signed by Zack Greinke, who set a record for average annual value with $34.42 million.