The timing couldn’t be more awkward now, but William H. Macy spoke out just last month about how lies “cost you a lot” and are “never worth” it.

The “Shameless” actor’s wife, Felicity Huffman, has been charged in a college bribery scandal in which federal prosecutors allege the actress paid $15,000 to a made-up charitable organization that helped her daughter Sofia Grace, 18, cheat on the SATs in order to get into a better college. Huffman, 56, was released Tuesday on a $250,000 bond.

Macy, 69, who appeared in court to support the former “Desperate Housewives” star but was not among the nearly 50 people charged in the scheme, made his comments in an interview with Men’s Journal in February. An affidavit says Huffman’s “spouse” participated in conversations at their Los Angeles home with a confidential witness about the scheme. 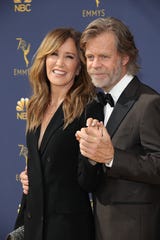 Asked for the best advice he’d ever received, Macy told Men’s Journal: “Never lie. It’s the cheapest way to go. Lies cost you a lot, and they’re never worth what they cost.”

He also told the magazine that “dishonesty” and “lack of character” are the human qualities he despises most, citing President Donald Trump as “sort of my touchstone for the qualities I do not like,” and gave his thoughts on how a man should handle regret: “Like the flu – you let it run its course.”

Macy also spoke supportively of Huffman’s approach to parenting. “I married very, very well,” he said. “It’s great fun for me to watch Felicity. I love the way she mothers our daughters.”

He was also anti-lying when he discussed politics in 2006 at the premiere of “Bobby,” about the assassination of Robert Kennedy, E! Online reports.

USA TODAY has reached out to Macy’s and Huffman’s representatives for comment. 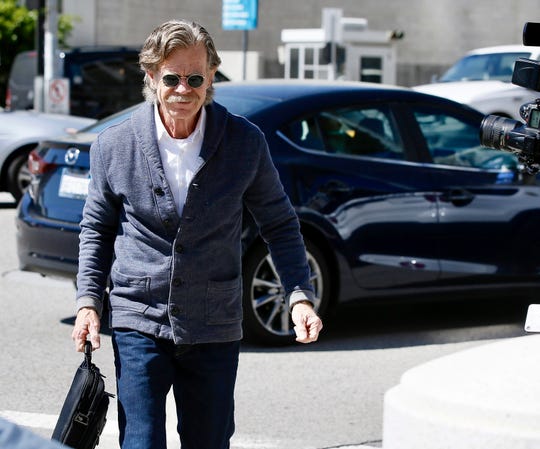 William H. Macy arrives at the federal courthouse in L.A. on March 12, 2019, the day Felicity Huffman was charged in a college bribery scheme. Macy was not charged. (Photo: Alex Gallardo/AP)

The couple were photographed Friday returning to court hand-in-hand in LA.

Huffman and “Fuller House” star Lori Loughlin, along with Loughlin’s husband, designer Mossimo Giannulli, are among more than 30 parents scheduled to be arraigned March 29 in Boston.

Crown Media, the parent company of the Hallmark Channel, announced Thursday it was cutting ties with Loughlin, who had long been a staple on its networks.