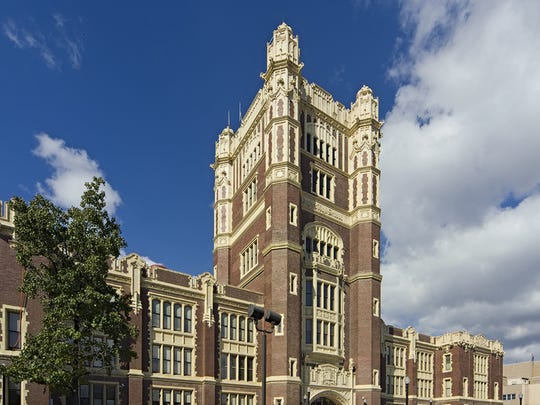 Charles Igwekala-Nweke resigned his position on Jan. 18, according to district spokeswoman Lauren Worley.

“The teacher acknowledged in a written statement that his actions were inappropriate and resigned Jan. 18, 2019,” Worley said.

Igwekala-Nweke taught math at two schools, Clark Montessori High School and Hughes STEM High School, she said. He had been employed by the district since 2015.

“As soon as the school principals were informed, they met immediately with the employee, removed him from the classroom and instructed him to not return to any CPS schools pending an investigation. The parents of the students involved were immediately notified,” she said.

A letter in Igwekala-Nweke’s personnel file by Hughes Principal Kathy D. Wright indicates that the incident happened Dec. 21. Another teacher reported the incident to administrators after a student told him that “Mr. Igwekala-Nweke had placed duct tape on his mouth.”

In an email to Wright, also in the personnel file obtained by The Enquirer, Igwekala-Nweke said that he engaged in behavior “unbecoming of a teaching professional.”

“In my 7th bell, students were talking during their semester exam,” he wrote in his email. “In the efforts of maintaining a proper test environment, I told students I would give them zeros to counter their conversations. But, instead of giving them reprimands and zeros on their semester exam, I proceeded to using duct tape on students.”

He apologized for his action.

A disciplinary conference was held in January by CPS at which point, Worley said, Igwekala-Nweke resigned.

There’s no further action on the part of the district, Worley said.

More: Kentucky teacher came out as bisexual to stop a student’s suicide. Then he got fired

Earth's oceans are saving us from 'absurd heat'