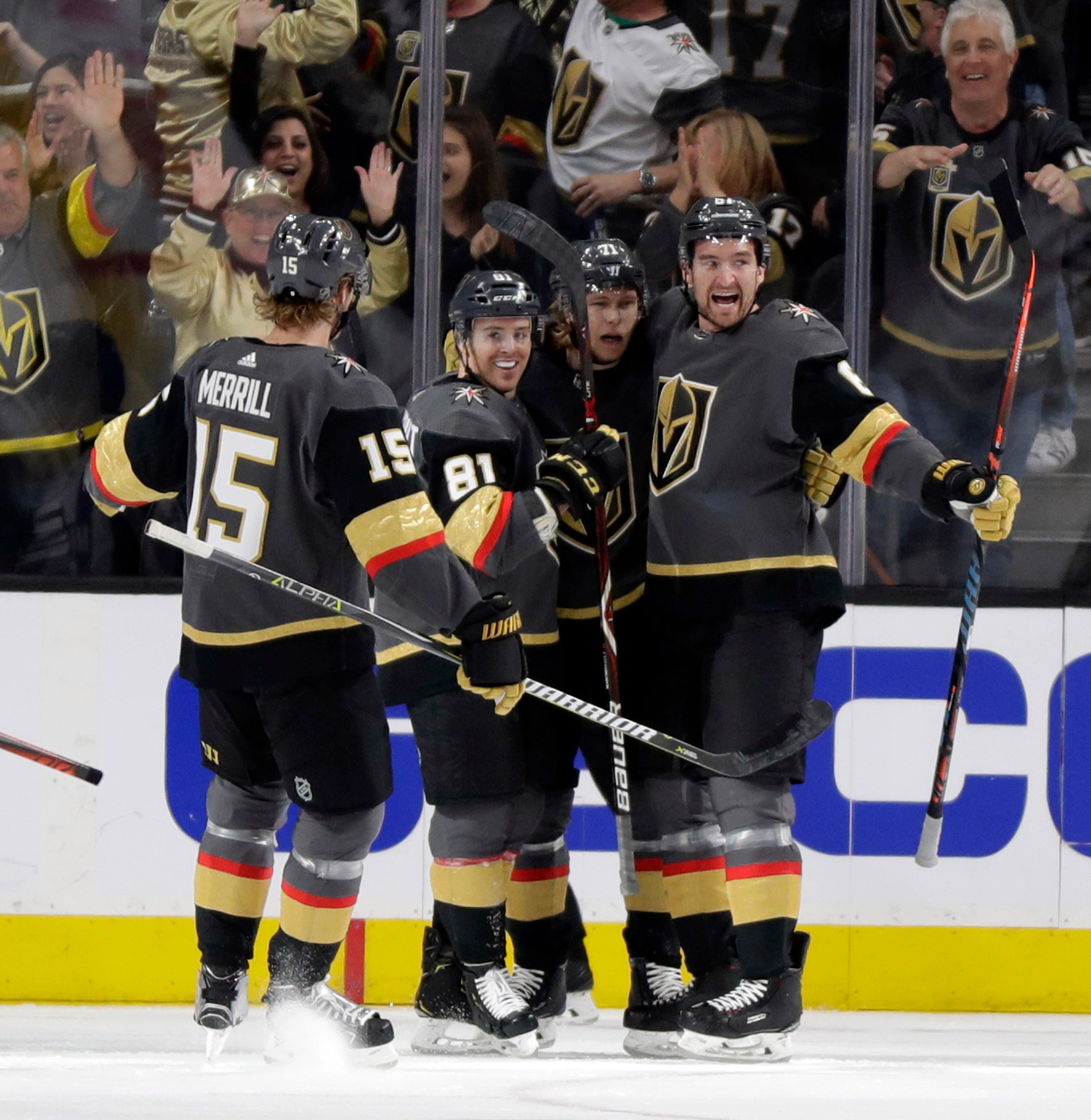 LAS VEGAS (AP) — Malcolm Subban has been nearly unbeatable at home in two seasons with the Vegas Golden Knights.

With starter Marc-Andre Fleury listed as day-to-day with a lower body injury, the Golden Knights should be just fine with two of their next three games in Vegas.

Subban, who improved to 5-8-0 this season, also has a .917 save percentage and 2.32 goals-against average in his career at home.

“The boys played great, I don’t think I had more than 20 shots, not too much work and obviously we were relentless around their net and got some goals,” Subban said. “We knew they were on a back-to-back so the more we make them play in their zone the tougher it’s gonna be mentally on them.”

Stone got the home crowd rocking early when he picked up his first goal at home since joining the Golden Knights when he buried a one-timer to extend his career-high season to 69 points 5:40 into the game.

“I was excited; to get off to such a good start, too, kind of set them back a little bit, which is kind of what we stressed going into the game to begin with,” Stone said. “But to get that goal right away was a good feeling for sure.”

Vegas, third in the Pacific Division, increased its lead over Arizona to seven points. The Oilers remained seven points behind the Coyotes for the second wild card in the Western Conference.

After splitting the first two meetings in Edmonton, Vegas took a 2-1 lead in the season series, while improving to 3-3-1 all-time against the Oilers.

“I thought the way we come out in the first period, all kinds of scoring chances, moved the puck well, and we didn’t give up a whole lot defensively,” Vegas coach Gerard Gallant said. “I loved the way we played, we played an excellent game tonight, we played fast, we played our game.”

Marchessault’s back-to-back goals early in the second and early in the third gave Vegas the lead for good at 4-2 as he beat Koskinen glove side both times.

“We have a lot of good players in the lineup,” Marchessault said. “They gotta respect our lineup top to bottom. We take a lot of pride of having four lines that can produce and play well defensively too. It makes it extra hard on the opponent now”

Russell’s blast from the point pulled Edmonton within one at 5:52, but McNabb pushed the lead back to two at 9:45 when he punched home a loose puck that squirted loose to the left of Koskinen.

Tuch’s goal with 3:28 left in the game provided the final margin.

After Stone gave Vegas the early lead, Nugent-Hopkins tied it from the high slot, where he drilled Connor McDavid’s feed on the power play with 6:46 left in the first. McDavid now has points in 31 of his last 34 games, posting 55 points (17 goals, 38 assists).

Eakin put Vegas back ahead with 55 seconds left in the opening period with his 18th as he streaked into the zone while gathering Tomas Nosek’s cross-ice feed, and beat Koskinen top shelf on the glove side.

McDavid registered his NHL-best eighth consecutive multi-point game when he collected a rebound from a face-off win and fed Draisaitl, who was waiting on the doorstep tie it again with 43rd just 22 seconds into the second.

NOTES: Golden Knights D Jon Merrill is one game shy of playing in the 300th of his career. … McDavid’s 33 multiple point games this season rank him second in the NHL. He is the first player to record multiple points in eight-plus consecutive games since Vincent Lecavalier did it in 2007. … With his assists on Marchessault’s goals, Smith now has at least one point in 13 of his last 17 games. … Vegas D Shea Theodore has points in six of the last eight games (one goal, six assists). … McDavid has points in 31 of his last 34 games, posting 55 points (17 goals, 38 assists). … Draisaitl leads the Oilers in scoring against Vegas this season, with four points (2 goals, 2 assists) in three games.

Copyright 2019 The Associated Press. All rights reserved. This material may not be published, broadcast, rewritten or redistributed.