Social media companies have failed us. How do we fix an industry that has proven that it is unwilling or unable to govern itself? We have tried scathing exposes in the media, #deleteFacebook, congressional hearings, and legislative relief. These efforts have not been enough. Even after years of repeated and spectacular failures on the part of the titans of tech, each week brings a new revelation of even deeper and more troubling problems in the industry.

It’s time to hit them where it hurts: the bottom line. 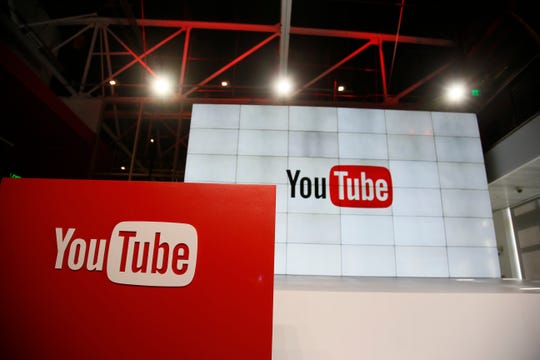 Consumers should own their data and choose who can use it: Scott McNealy

Amazon Drive is hosting terrorist content. Here’s what Jeff Bezos should do about it.

I loved Facebook. After 12 years of daily use, here’s why I’m unfriending it for good.

These CEOs can stand up and say unequivocally: Enough is enough. We will no longer be the fuel that allows social media to lead to deaths of innocents, to interfere in democratic elections, to be the vessel for distributing childsexual abuse material, extremism material, and dangerous conspiracies. We will no longer stand idly by as social media turns its back on society. We, collectively, are withholding all advertising dollars for 90 days until social media companies prove they are capable of governing their platforms responsibly. If they cannot prove to us that this is the case, then we will withhold advertising dollars for another 90 days, and, if need be, another and another.

These corporate titans should lead not only because it is the right thing to do, but also because it is in their corporate interest. It is bad for business when their product and corporate logo is advertised against terror-related, child sexual abuse, conspiracy, hateful and harmful content.

The Disney Corporation recently discovered this when it was reported, again, that their ads were running alongside videos of children that were drawing sexual comments from pedophiles. Disney and several other companies, including Nestle, Epic Games and AT&T, paused their advertising spending on YouTube — the only reasonable response to this continued failure on the part of YouTube. And this action appeared to have an impact. YouTube says it has removed tens of millions of comments and hundreds of channels and is disabling comments on most videos featuring minors, “to protect the YouTube community.”

Preserve innovation but protect ourselves

Calling for change is not enough. We must have concrete measures for what that change should be and how it can be measured. We need a vigorous debate on what we must do to harness the power of technology while not stifling innovation, but also protecting ourselves from the damage that has and is being done to our privacy, society, and democratic institutions. Here are a few starting points.

Moderation. Using both human- and technology-powered solutions, much more must be done to quickly remove the most harmful content from online platforms. This includes child sexual abuse material, terror-related material from known extremist groups, involuntary and revenge pornography, advertising for illegal and deadly drugs, misinformation designed to sow civil unrest or disrupt democratic elections, and dangerous and hateful conspiracy theories. The tech industry must also collaborate in removing content so that when unambiguously illegal content is posted on one site, it is shared with other sites and deleted across all mainstream platforms.

Transparency. There must be transparency, due process, and accountability as to how platforms contend with the most harmful and dangerous content on their platforms. We must insist on a public accounting of how much of this content is finding its way online, how long it is staying online, how many views it garners, and how often it reappears. Because of the potential harm to human moderators required by their gruesome tasks, there must also be transparency as to how much content human moderators are required to review each day and concrete plans for protecting these workers against mental health problems that arise from their work.

Priorities. There should be a fundamental rethinking of the perverse algorithmic incentives of promoting the sensational, outrageous and downright fake content because it simply keeps users mindlessly clicking, liking, and sharing. We should prioritize meaningful and honest content. This is good for the user, for the advertiser, and ultimately for the platforms.

Other calls to action may include putting an end to the asymmetric nature of the impenetrable user agreement that “sucks,” as Republican Sen. John Kennedy of Louisiana told Mark Zuckerberg last year; to repeated cases of illegal advertising that targets employment and housing based on race and gender; to convoluted user preferences designed to make it difficult for users to make informed decisions regarding data privacy; to the abusive practice of “friendly fraud” in which, for example, Facebook was knowingly duping users (as young as 13 to 17 years old) into spending millions of dollars on in-app purchases; and putting in place measurable penalties for data breaches and violations of user data that today go completely unpunished.

A recent report following an 18-month investigation by the UK House of Commons Digital, Culture, Media and Sport Selection Committee noted that “Companies like Facebook should not be allowed to behave like ‘digital gangsters’ in the online world, considering themselves to be ahead of and beyond the law.” And yet, Facebook and many others in the industry have done just that. Ten CEOs can change this, just like that.

Hany Farid is the Albert Bradley 1915 Third Century Professor of Computer Science at Dartmouth College and a senior adviser to the Counter Extremism Project.