It’s Southwest’s second lawsuit in three years against the union. Feelngs are raw feelings on both sides after more than six years of contract negotiations. 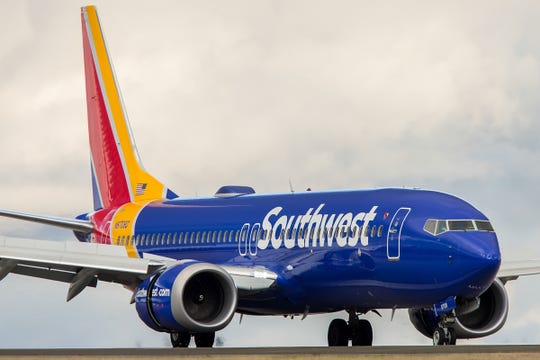 Southwest is suing its mechanics’ union over what it claims is an illegal work slowdown that is grounding planes and disrupting flights.

It’s Southwest’s second lawsuit in three years against the Aircraft Mechanics Fraternal Association and the result of raw feelings on both sides after more than six years of fruitless contract negotiations.

The airline filed the lawsuit late Thursday in federal district court in Dallas.
Southwest charges that some workers are pulling planes out of service for minor mechanical items to gain leverage in contract talks.

Union representatives didn’t comment immediately. They have said that supervisors at Southwest pressure mechanics to approve planes for flight, which they say is a safety hazard.

Southwest said in the lawsuit that it normally has 14 planes out of service on an average day, but the number has spiked as high as 62 in recent days.

The airline said the rising rate of mechanical issues began after a recent bargaining session between the company and the union. A federal mediator is trying to bring the sides together.

Federal law prohibits airline employees from striking or being locked out unless a federal mediation board declares an impasse in negotiations, which has not happened in this dispute.

Southwest sued the same union in February 2017, claiming that it was behind a refusal by mechanics to work overtime. That lawsuit was delayed when negotiators reached an agreement on a new contract last year.

The deal was voted down by union members, and the Southwest lawsuit is still pending.