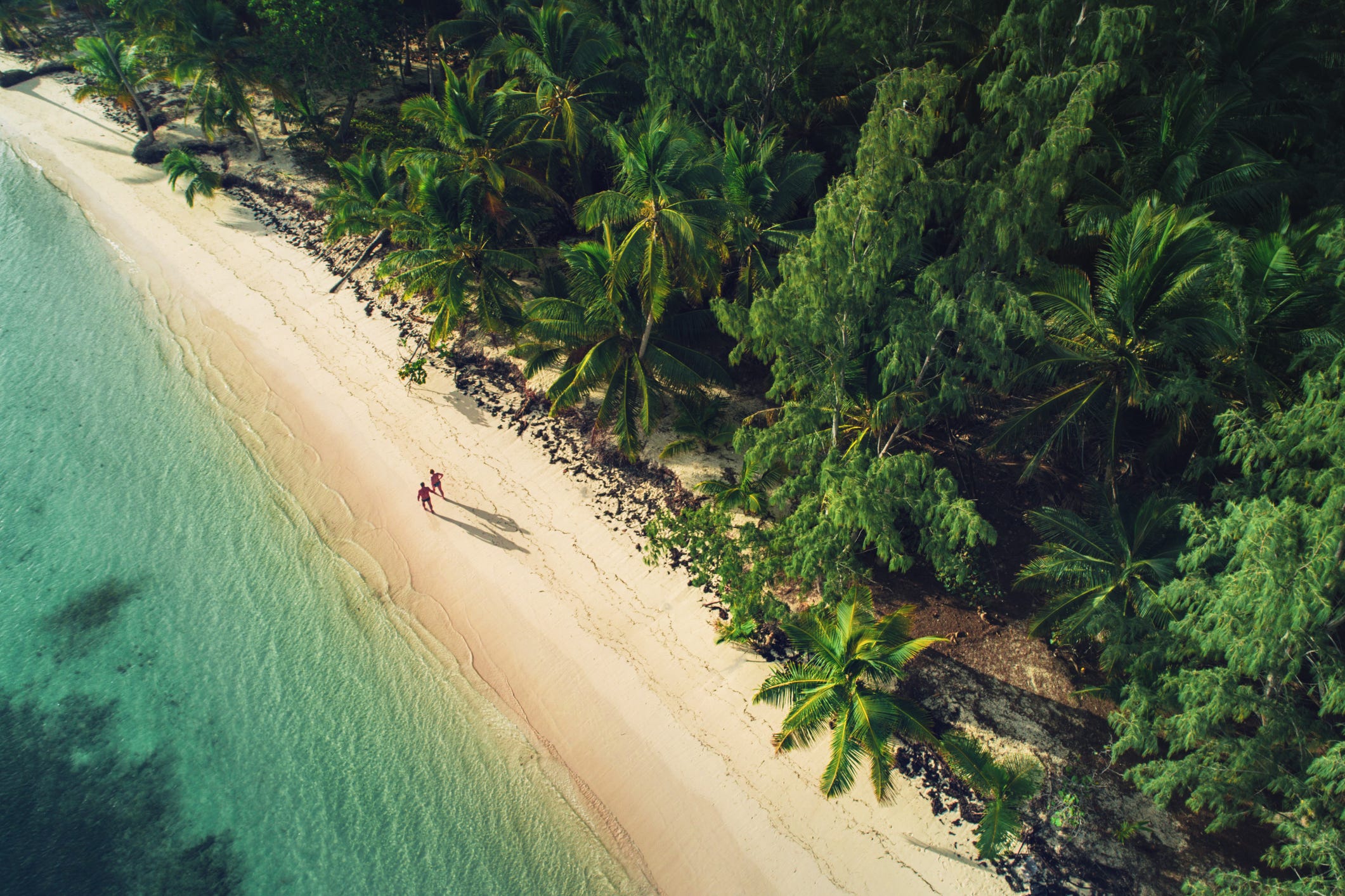 Whether you’re on a tight budget or looking for luxury without the high price tag, these undervalued currencies and decreasing foreign exchange rates should be on your radar. Check out the destinations where the dollar is strongest in 2019.

Whether you want colonial cities, glaciers, mountains, waterfalls, wine country or wildlife, the greenback will take you far in Argentina. The dollar is so strong this year in Argentina that the Economist’s 2019 Big Mac Index undervalues the Argentine peso by 64.1 percent, a huge drop compared to last year’s also-favorable 25 percent. The exchange rate, which is likely to continue trending in favor of U.S. travelers, is forecast to decrease by 10.7 percent this year.

If you go: Wine lovers can take advantage of the favorable exchange rate in 2019 by shipping home bottles (or cases) of the Argentine wines you discover on your travels.

With the exchange rate forecasted to drop 2.5 percent and a new museum set to debut, 2019 is a perfect time for travelers to visit Egypt. This year, Egypt’s currency is undervalued by a whopping 60 percent, according to the Big Mac Index. The new Grand Egyptian Museum (GEM) will partially open in 2019. The 117-acre museum, situated about 1 mile from the Giza pyramids, will be the largest archaeological museum in the world, and will have a passage straight from the museum to the pyramids.

New museums for 2019: History, art and dogs get their due

If you go: Take a dinner boat cruise down the Nile River to get an entirely different Egyptian experience on the water.

Where to stay: Stay at Cairo Pyramids Hotel for luxury accommodations, two swimming pools, and a location 10 minutes by car from the pyramids.

Your dollar goes far when it becomes pesos in Mexico. The Mexican peso is undervalued by 54.5 percent, according to the Big Mac Index, and the exchange rate is predicted to fall 1.3 percent in 2019, according to Global Travel Forecast. There are affordable flights and consistent flight deals from the United States to Mexico, specifically Cancun, plus an abundance of hotel accommodations for a variety of budgets.

If you go: In Mexico’s Yucatan Peninsula, visit the gorgeous beaches and cenotes in Playa del Carmen and Tulum, or save on car rentals on the car-free island of Holbox.

Where to stay: Paradisus Playa del Carmen includes two all-inclusive resorts in one expansive property with mirrored amenities on both the adults-only and family-friendly sides.

The 2019 Backpacker Index lists Hanoi and Saigon (Ho Chi Minh City) in Vietnam as the top two most affordable cities to travel to in 2019. Hoi An also makes the top 10. For less than $20 per day, travelers to Vietnam can pay for budget accommodations (hostels), meals, some entertainment, and public transportation. Mid-range accommodations also tend to be affordable. While the exchange rate is predicted to increase slightly in Vietnam this year, the Big Mac Index undervalues it by 49.8 percent, suggesting the dollar will remain very strong in Vietnam in 2019.

If you go: The Da Nang International Fireworks Festival, in Da Nang near Hoi An, is Asia’s biggest fireworks festival. The 2019 theme is “Legends of Bridges” and teams from around the world will light up the sky in the pyrotechnic competition.

Where to stay: Be close to the fireworks festival, My Khe Beach and Da Nang train station when you stay at Danang Riverside Hotel.

Peru beckons with award-winning cuisine, world-famous archeological sites and, this year, a favorable exchange rate. The exchange rate is forecasted to increase slightly in Peru for 2019; however, the country’s currency is still vastly undervalued at 43.8 percent, making this a good time to get more for the U.S. dollar. Cusco and Lima are both included in the 2019 Backpacker Index’s world’s cheapest cities list. On the budget end, travelers can expect to spend as little as $30 a day on hostel accommodations, meals and entertainment in Cusco or Lima.

If you go: Lima continues to be home to some of the best restaurants in the world, as recognized by several media outlets in recent years. It offers a mild climate, awesome surfing conditions and cool city vibes. And Cusco, often just an addition to a bucket-list Machu Picchu trip, easily stands on its own with its colonial plazas and wide variety of restaurants and bars.

Where to stay: The JW Marriott El Convento Cusco is a great base camp before or after embarking on a journey to Machu Picchu. The luxury hotel is in the heart of everything Cusco has to offer, and has its own indoor pool and on-site spa.

Whether you’re in search of rainforests, beaches, volcanos, cloud forests or mountains, your dollar will get you far in Costa Rica. Let 2019 be your year of the sloth: The Big Mac Index flags the Costa Rican colón as undervalued by 32.4 percent, and, according to the Global Travel Forecast, the exchange rate is predicted to fall 5.2 percent in 2019. Even getting there is affordable: Airfare to Costa Rica tends to hover under the $400 mark round-trip from most U.S. cities, according to SmarterTravel’s sister site Airfarewatchdog.

If you go: Manuel Antonio National Park, along the Pacific Coast, offers one of the best white-sand beaches in the world, plus a vibrant rainforest with monkeys, 100-plus other species of mammals and more than 180 species of birds.

Where to stay: Be closest to Manuel Antonio National Park and stay at Hotel San Bada, situated steps away from the wildlife.

Canada’s dollar is currently undervalued at 8.9 percent, according to the Big Mac Index. But the exchange rate is forecasted to increase by 2.6 percent, so early 2019 is the time to get the most out of the U.S. dollar in Canada. Airfare to Canada is usually season-dependent, but if you stay on the same coast (Los Angeles to Vancouver or New York to Toronto), flights can go for as low as $200 round-trip, according to Airfarewatchdog.com experts.

If you go: Visit the beaches of Vancouver Island’s town of Tofino during the fall through mid-winter storm season. Tofino is a surfing paradise all year round. But from October through February, those who would never consider entering the cold, roaring Pacific Ocean love to visit Tofino and watch the waves crash over rocks and the gray skies turn pink at sunset.

Where to stay: For a front-row seat to storm season, stay at the cozy beachfront Long Beach Lodge Resort.

Puerto Rico is on the upswing after recovering from the 2017 hurricane season. The U.S. dollar, which is the currency used in Puerto Rico, is expected to be strong here in 2019. Flights from the U.S. mainland East Coast to Puerto Rico are consistently on sale and many are direct routes, making it desirable even though hotel rates can be higher in Puerto Rico than in Mexico. Rates in San Juan are estimated to run less than $1,500 per person for round-trip airfare from New York and seven nights at a three-star hotel, according to the 2019 Backpacker Index.

If you go: Puerto Rico has the longest Christmas season in the world. It begins immediately following Thanksgiving and doesn’t end on Dec. 25 — the grand Christmas season finale is celebrated with parades and parties on Three Kings Day and also at the Octavas and Octavitas celebrations, which run through mid-January.

Where to stay: For beachfront views, plenty of pools, and a waterslide, stay at Wyndham Grand Rio Mar Puerto Rico Golf & Beach Resort.

If you go: Scuba dive and snorkel in the clear, blue water of the Dominican Republic; or relax on the white sand beaches at a luxury all-inclusive resort.

Where to stay: For a kids’ club, teen club, spa and a casino, check out Dreams Punta Cana Resort and Spa.

This story originally appeared on SmarterTravel.com.

YouTube bans comments on videos with minors amid exploitation concern