They might not have been the hosts of the 2019 Oscars, but Tina Fey, Maya Rudolph and Amy Poehler kicked off the night with a shoutout to USA TODAY!
Courtesy A.M.P.A.S.© 2019

For all the drama leading up to Oscars 2019, it proved to be a historic night of celebrating diversity — three years after the #OscarsSoWhite hashtag became a painful symbol for the lack of diversity in the film industry. 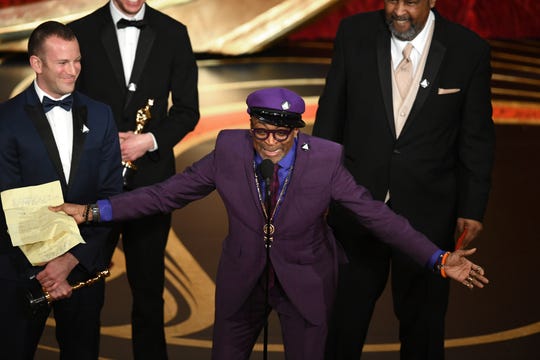 During his joyful acceptance speech, Lee pointed out the Oscars were taking place 400 years after the first slaves were brought to Jamestown, Virginia, in 1619.

“The word today is irony. The date, the 24th. The month February,” said Lee. “Which also happens to be Black History Month.”

Backstage, King pointed out steps the academy has taken to make its membership more diverse, a direct result of the #OscarsSoWhite fallout, while giving shout-out to Hattie McDaniel — the first African-American actress to win an Oscar, for “Gone With the Wind.” 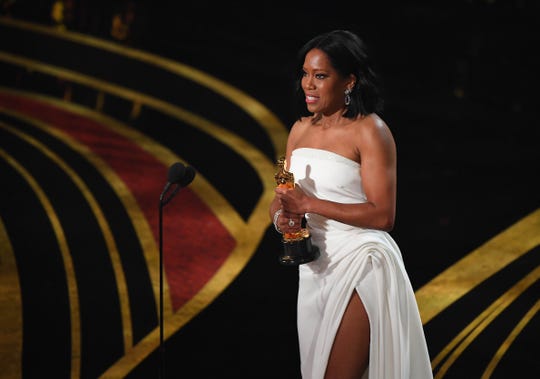 “She didn’t win just because black people voted for her. She won because she gave an amazing performance,” King said. “And especially then, the academy was not as reflective as it is now. We are still trying to get more reflective, still trying to get there. So many women have paved the way. I walk in their light, and I also am creating my own light.”

The #Oscars so far has had presenting or performing J-Hudson, Bryan Tyree Henry, Angela Bassett, J-Lo, Javier Bardem, Keegan Michael-Key, Trevor Noah, Serena Williams, Queen Latifah.. Academy threw down the flag & said “What you not gonna do is call us #OscarsSoWhite this year”

The results were celebrated on Twitter. Political strategist Atima Omara pointed out the diverse presenters and performers on the Oscars telecast: Jennifer Hudson, Bryan Tyree Henry, Angela Bassett, Javier Bardem, Keegan-Michael Key, Trevor Noah, Serena Williams and Queen Latifah (just to name few). “Academy threw down the flag & said ‘What you not gonna do is call us #OscarsSoWhite this year.’ “

“Does #OscarsSoWhite seem like a distant memory? It really isn’t, but its nice to see some amazing performances by people of color recognized,” tweeted comedian Herbie Gill. “The performances aren’t the issue, the opportunities and recognition were. Hopefully we’re moving past it. #Oscars2019.”

Backstage, Lee gave props to April Reign, who started the #OscarsSoWhite hashtag, and former academy president Cheryl Boone Isaacs, who was key to expanding the membership.

“Without them, I wouldn’t be here tonight,” said Lee, sipping on a glass of champagne. “They opened up the academy to make it more like America, to make it more diverse.”

Carter talked backstage about what it meant for her to make history, after a career of mentoring up-and-coming costume designers of color.

“I dreamed of this night, and I prayed for this night. What it would mean for young people coming behind me,” Carter said. “It just means we have opened up the door, finally the door is wide open. This means other people can come right in and win an Oscar just like I did.”

Cuaron pointed out that more work needs to be done to continue making the industry represent the world.

“This is a Mexican film. This award belongs to Mexico,” said Cuaron backstage, pointing out the Mexican story, cast and crew. “This film doesn’t exist if it’s not for Mexico. I put it bluntly, I would not be here if it wasn’t for Mexico.”

Beachler talked about inspiring other young people of color to take part.

“Don’t ever let anybody tell you that you can’t do this craft,” she said. “You are worthy, you are beautiful and this is something for you.”

Malek, speaking to the press after winning for his “Bohemian Rhapsody” portrayal of Queen singer Freddie Mercury, pondered his own experience when asked if Sunday’s awards reflect a growing inclusion at the Oscars — and in entertainment.

Gonzaga passes Duke for No. 1 in men's college basketball poll