A Greenville County woman pleaded for a judge to let her boyfriend out of jail after her four kids died in a DUI-related wreck with him as the driver.
Daniel J. Gross, The Greenville News

GREENVILLE, S.C. – The mother of four young children killed in a DUI-related crash pleaded for her boyfriend — the driver in the single-vehicle wreck — to be released from jail during a bond hearing Thursday.

Through tears, Jacqueline Brown told Judge Cordell Maddox Jr. that Arnez Jamison has “suffered enough” since the deaths of the children in December.

“I know a lot of people think I should hate him or feel some type of way, but he’s had to deal with this more than anyone in this courtroom,” said Brown in a South Carolina court. “He was a great father. He loved all his children.”

Maddox denied Jamison’s request for bond and said he felt it would be too dangerous for Jamison to be back in the community. The 27-year-old Greenville, South Carolina, man is charged with four counts of felony DUI resulting in death. He was the father of two of the four children and a father figure to the other two. 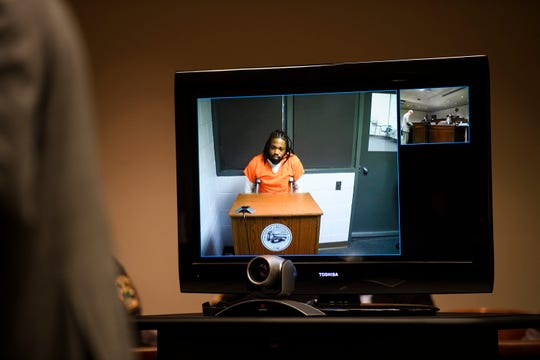 Jamison suffered a broken leg in the crash and was on crutches Thursday, more than two months after the wreck. He remained at the county jail during the hearing, only visible through a television screen in the courtroom. He did not speak.

Arnez Jamison Jr., 4; Robbiana Evans, 6; and Jamire Halley, 8, died at the scene of the crash in the early morning hours of Dec. 7, 2018, according to the Greenville County Coroner’s Office. Ar’mani Jamison, 2, died at the hospital the next day from a traumatic brain injury.

Arnez Jamison was the father of the two youngest children.

Witnesses reported seeing Jamison speeding and swerving prior to the crash. There were no child seats in the van, said Assistant Solicitor Jennifer Tessitore.

Arnez Jamison Jr. was ejected from the minivan when it veered off the roadway, down an embankment and into a tree. The impact from the crash flung the engine completely out of the vehicle, leaving it connected by only two wires, Tessitore said.

Toxicology testing showed that Arnez Jamison had marijuana and Xanax in his system at the time of the wreck. He was driving home to Brown with the four children after spending time with his other children from a different relationship, Tessitore said.

She said Jamison admitted to taking two Xanax for anxiety, but he did not have a prescription. His license also was suspended at the time.

“I know you have to pay for your mistakes, but he’s suffered enough.”

Jacqueline Brown, mother whose four children died in wreck about driver of car

Larry Crane, Jamison’s attorney, said “something happened” on the way to Brown’s home.

“He fell asleep or whatever,” said Crane. “I’m thinking he fell asleep. Whether or not the drugs helped that out, I don’t know.”

Tessitore said she was “strenuously opposed” to setting a bond for Jamison.

“The defendant even appeared to forget that he had even transported any children when he asked the officer if there was anyone with him during the crash,” she said.

Jamison also was charged with child endangerment and driving under suspension in addition to his felony DUI charges.

Jamison’s criminal background includes a felony aggravated assault charge in 2009 out of New Jersey, Tessitore said. He also was charged with third-degree domestic violence involving Brown in 2015, and hindering a police officer in 2016, according to State Law Enforcement Division records and incident reports obtained by The Greenville News.

Jamison would live with Brown if he was released from jail, Crane said.

Brown said Jamison has been distraught over the loss of the children. He missed their funerals because he was in jail.

“I know you have to pay for your mistakes, but he’s suffered enough,” Brown said.

Several people in the courtroom unrelated to the case wiped tears from their faces as they heard Brown’s testimony. 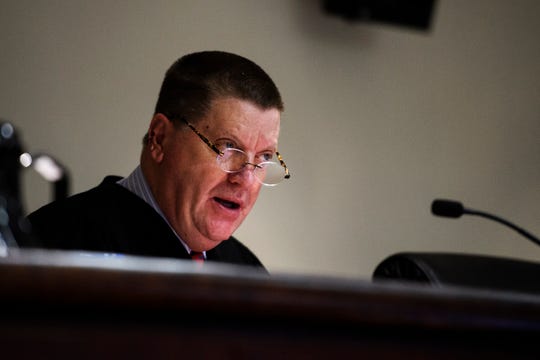 Tessitore said Jamison has shown signs of suicidal thoughts. The judge also was worried about Jamison’s safety because the fathers of the other two children are in the area and could want to harm him.

“I’m not sure if he’s completely safe out in the community,” Maddox said.

Maddox gave Jamison an additional 120 days in jail while his attorneys determine whether to request a new bond hearing.

Crane had requested that Jamison be released on a personal recognizance bond, which is a written promise to appear for scheduled court dates without having to pay any money to be released.

Crane told the judge that any bond amount set would ultimately be paid by Brown to get Jamison out. The two have been together for about seven years, Brown said.

US bomber crew honored at flypast in England Video