R&B star R. Kelly was charged with 10 counts of aggravated criminal sexual abuse Friday in Chicago, leaving him “shell-shocked,” according to his attorney. Each count carries 3-7 years in prison.

Kelly’s Chicago defense attorney, Steve Greenberg, said the singer would turn himself in Friday night. He told The Associated Press that his client is “extraordinarily disappointed and depressed” about the charges.

Some of the charges stem from a newly discovered video found by attorney Michael Avenatti that allegedly shows Kelly having sex with a 14-year-old girl, according to a copy of the indictment obtained by USA TODAY.

Kelly is to appear in court Saturday for a bond hearing, said Cook County State’s Attorney Kim Foxx at a press conference in Chicago to announce the charges.

She said the indictment lists four victims, identified by initials, and multiple alleged criminal acts of sexual assault dating back to 1998. Court documents show three of the victims were between the ages of 13 and 17. At the time of the alleged crimes, she said, Kelly was at least five years older than the victims.

“This marks a watershed moment in the 25 years of abuse by this predator known as R.Kelly,” he declared.

In contrast to Foxx, who spoke for a few minutes at her press conference, Avenatti held forth for nearly 45 minutes, condemning Kelly as “disgusting” and also Kelly’s alleged “enablers” – more than 10 individuals he claimed helped Kelly commit sex crimes against young girls in multiple jurisdictions for nearly two decades.

“I want to send a message to the enablers – the agents, the managers, the attorneys and others, who turned a blind eye while teenage girls were sexually abused over two decades (by Kelly),” he said. “I will not rest until each of you is brought to justice. Mr. Kelly did not do this alone, he did it with the assistance of all these folks…

“They did this for money. They didn’t want to kill the golden goose, or interfere with their own individual paydays. They are just as guilty as the predator R. Kelly. “

Avenatti predicted that other charges would be brought against Kelly in other jurisdictions soon.

Greenberg did not respond to a message from USA TODAY but told the Associated Press his client is “shell-shocked” by the charges. Greenberg has said repeatedly in recent weeks that Kelly denies any allegations of underage sex or non-consensual sex.

Gerald Griggs, an Atlanta lawyer who represents the parents of a woman they believe is being held against her will as a member of Kelly’s alleged “sex cult,” celebrated the indictment and predicted more would be forthcoming soon from “multiple jurisdictions” around the country. 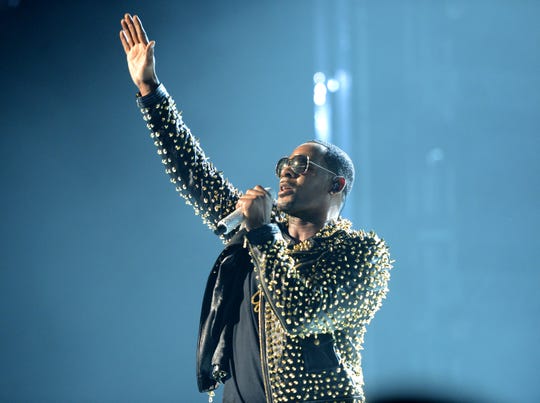 “This is just the beginning of the charges,” Griggs said. Kelly also is under investigation in Fulton County, Ga., and by the U.S. Attorney’s office in the Eastern District of New York, he said.

“Hopefully, with the swift arrest of Kelly, our clients will be able to make unfettered contact with (their daughter) and get her home and the counseling and the help she needs,” Griggs told USA TODAY.

Attorney Gloria Allred, who says she represents multiple women who have accused Kelly of sexual misconduct, introduced two new accusers at a New York press conference Thursday. The women said they were teens when Kelly plied them with alcohol and marijuana during a mid-’90s Baltimore hotel room encounter that they say ended with the statutory rape of one of them.

“As I predicted yesterday, the wheels of justice are turning,” Allred said in a statement emailed to USA TODAY on Friday. “This may not be the only prosecution of Mr. Kelly, because we are aware of other open investigations in other jurisdictions, but I am very glad that he has been indicated in Cook County and that this day has finally come for Mr. Kelly.”

When Avenatti announced the existence of the new video two weeks ago, he told USA TODAY in an interview: “This is a bombshell of epic proportions. It’s over, after nearly two decades of abuse by R. Kelly. He will not survive this.”

The indictment of Kelly, 52, culminates nearly two decades of allegations, one failed criminal trial, a surging #MuteRKelly campaign, a breakup with his recording label, and the airing of a Kelly-damning film series, “Surviving R. Kelly,” in January. 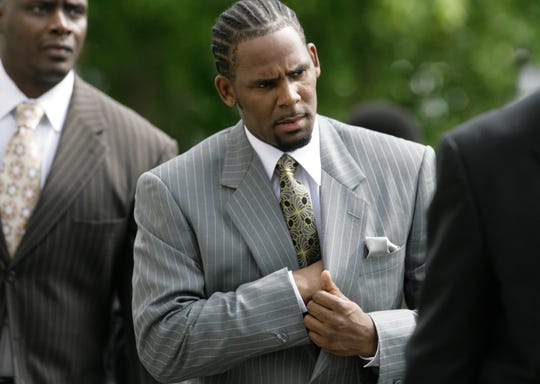 That six-part film on Lifetime examined the long-standing allegations of sexual misconduct against Kelly, including sex with underage girls and accusations that he trapped scores of female fans in a “sex cult” that cut them off from their families and subjected them to degrading abuse.

“We are proud that Lifetime was able to provide a platform for survivors to be heard,” said Kannie Yu LaPack, a spokeswoman for Lifetime.

Despite the years of hints and allegations, Kelly has been charged with a crime only once: He was tried on multiple counts of child pornography – stemming from a different video involving a different underage girl – in Chicago in 2008, six years after he was indicted in that case.

However, the video in that case was not clear and the alleged teenage victim in the video refused to testify against Kelly at the trial. Within hours of getting the case, the jury acquitted him on all counts and Kelly walked free, back to his life as a rich and famous singer-songwriter and R&B superstar.

Now he’s being prosecuted almost 11 years later amidst a sea change in attitudes among law enforcement and in society about sexual abuse, sex-crimes prosecutions, defendants and accusers.

If there is a second Kelly trial, it will take place in the wake of the #MeToo movement, turbocharged by the naming and shaming of powerful men in entertainment and media taken down over the last two years by accusations of sexual misconduct.

Monu Bedi, who teaches criminal law and procedure at DePaul University and has followed the Kelly case, said he believes prosecutors have a much improved chance of securing a conviction compared to 2008, and he attributes that in part to the film and the #MeToo movement.

“What made that trial a real hurdle for the government was the victim was not willing to cooperate,” Bedi told USA TODAY. “Whereas here, there are multiple victims and we are assuming they are going to be testifying, or (prosecutors) wouldn’t be bringing out these charges if they were not ready to go.

“The defendant might be able to impugn the character of one victim but if there are multiple victims, I’d be hard-pressed to think he’s not going to be convicted.”

Also, he said it would be harder for Kelly to mount a defense, which is permitted in Illinois, that he believed the accusers were above the age of consent at 17.

“I don’t see that defense working for him because there is much stronger evidence now than there was in 2008 that he was targeting underage girls,” Bedi said.