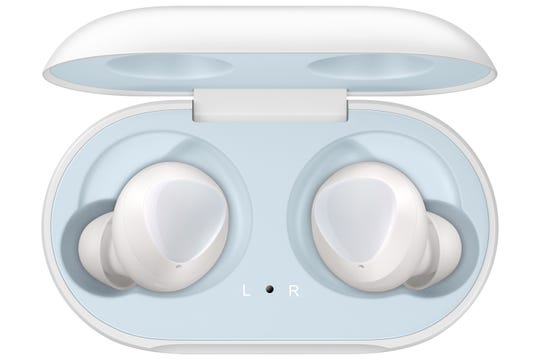 Samsung’s Galaxy Fold foldable phone and line of Galaxy S10 line of smartphones may have attracted most of the attention at the company’s latest Unpacked event, but its latest earbuds may be the most interesting, and affordable, new product for many.

Smaller than company’s earlier wireless earbuds, the Gear IconX, the Galaxy Buds will be available on March 8 in either black or white – with yellow as an option outside the U.S. – and feature Bluetooth 5.0 and dual microphones to improve call quality. For those pre-ordering the new Galaxy S10, which goes on sale the same day, Samsung is including a pair of the new buds for free.

A new “quick pairing” feature allows you to easily connect the Buds to a Galaxy phone or tablet through the company’s SmartThings app, a feature that seems to mimic the ease of pairing AirPods with iPhones and iPads.

As with their predecessor IconX earbuds, you can answer calls or control play/pause through touch controls on the side of the Galaxy Buds. Tapping and holding on the Buds can let you listen in on the world around you. 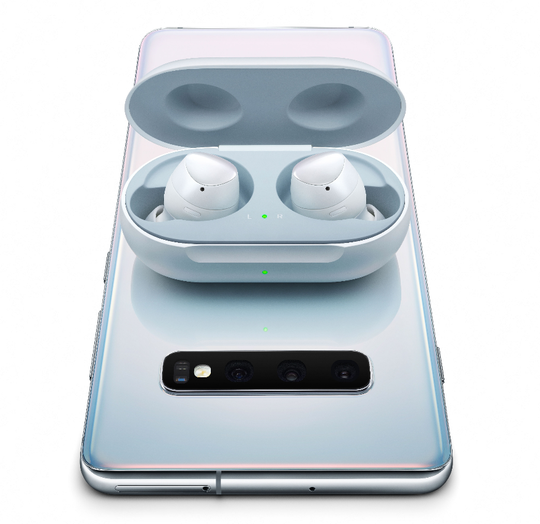 Also new: the ability to wirelessly charge the Buds, including from a Galaxy S10 phone using the phone’s new “Wireless PowerShare” feature. Since they use the “Qi” standard, other wireless chargers will work, too. USB-C is also present for those who want to charge through a cable.

A $2,000 phone: Are you ready to spend for Samsung’s new foldable phone?

Samsung says the Buds will be able to stream audio over Bluetooth for six hours, with its small charging case providing an additional seven hours of playback. The company also says a 15-minute quick charge in the case can provide the earbuds with “1.7 hours” of additional playback.

While Samsung, Jabra, Bose and others have attempted AirPods rivals in the past, few have done so for a cheaper price than Apple’s $159 option or with a pairing option that matches AirPods simplicity.

Of course, with Apple rumored to be readying a release of its second generation of AirPods this year, the battle for this next round of wireless earbuds may only be just getting started.