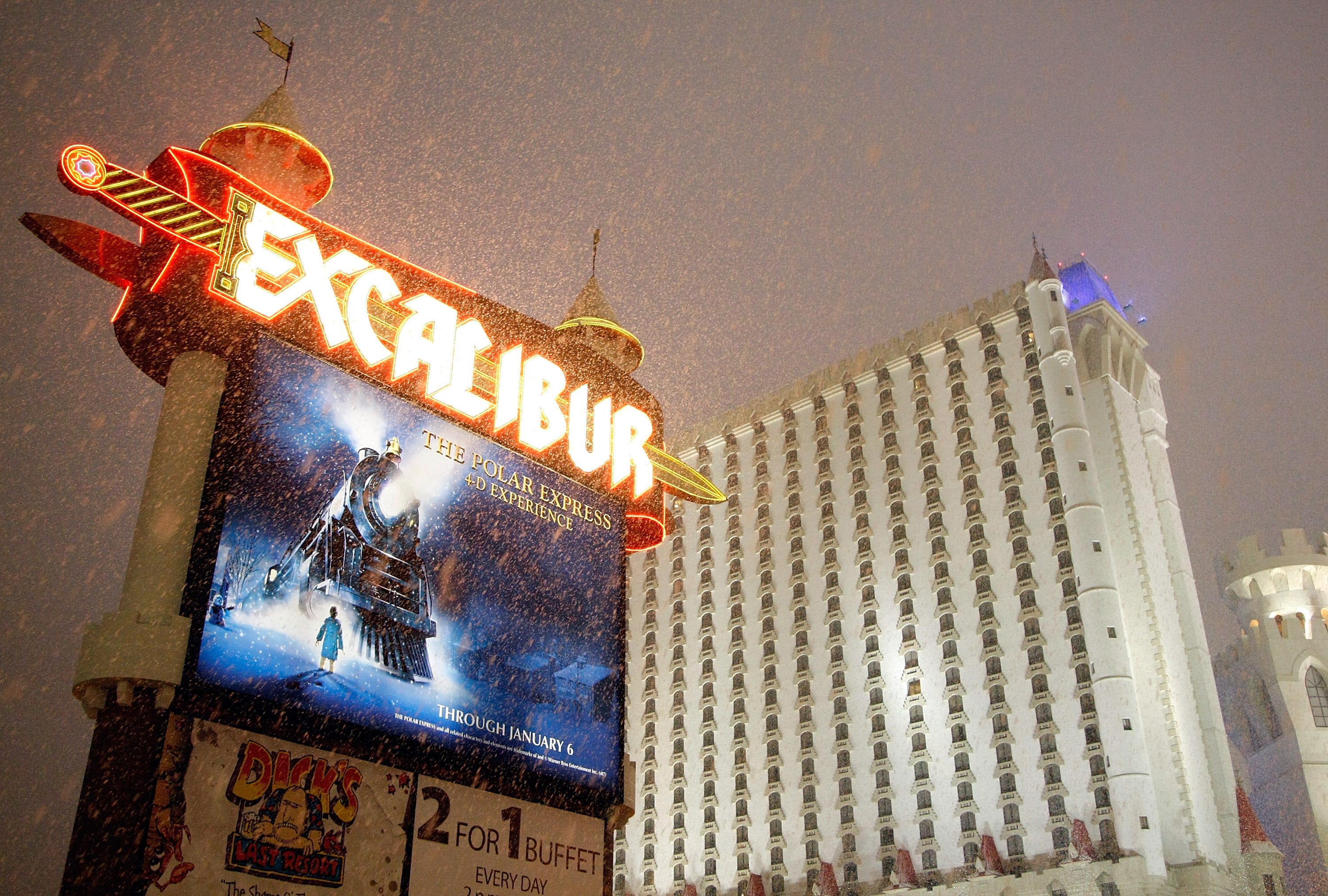 For the second time in a week, the entertainment mecca in the greater Mojave Desert was getting snow on Wednesday night. While winter weather has battered the eastern United States for the past couple days, the National Weather Service said up to 3 inches of snow will fall in the outskirts of the Las Vegas Valley. Rain may mix with snow in the Las Vegas metropolitan area, however, meaning much less — if any — will accumulate at the city’s most distinguishable landmarks along The Strip.

A winter weather advisory will last for the valley until 4 a.m. local time Friday. Winds may gust up to 35 mph in the area, the weather service said

More: Climate Point: What your city will look like in 2080, and ditching power plants

More: Thundersnow heard in several states during winter storm: But what is it?

Although Wednesday marked the fourth day Las Vegas recorded a trace of snow this month, it did not break a record, the Las Vegas Forecast Office tweeted. Snow fell in Las Vegas for five days in February 1949. This is, however, the coldest February on record since 2004, the office tweeted.

A low of 36 degrees Wednesday night was expected, according to AccuWeather, followed by a low of 33 Thursday.

Residents and visitors alike shared videos and photos of the snow on social media with varying degrees of amazement and disbelief.

“I’ve gotten 2nd degree burns from a summer seat belt and snow falling on top of me outside in a #LasVegas hotel hot tub,” one person tweeted. “There’s just something about #LasVegassnow.”

The Las Vegas Valley recorded snowfall beginning Sunday evening, resulting in 1 to 2 inches of snow in places including Red Rock Canyon and Anthem Hills. Downtown Las Vegas and McCarran International Airport only recorded a trace amount of snow Monday morning, according to the weather service.

USOC realigns in attempt to help athletes off the field