The Spice Girls reunion tour everyone — except Victoria Beckham — has been talking about for months is finally official.
Time

The former Spice Girl was among the big names showcasing their latest designs in the British capital for London Fashion Week, alongside Vivienne Westwood, Burberry and Roland Mouret.

For her show Sunday, the designer’s husband, retired soccer superstar David Beckham, and the couple’s four children turned up as guests of honor.

The front row at Beckham’s runway show has a younger average age than the VIP seats at other shows. The designer’s youngest, 7-year-old Harper, sat on her dad’s lap for a cuddle as he chatted amiably with American Vogue editor Anna Wintour. 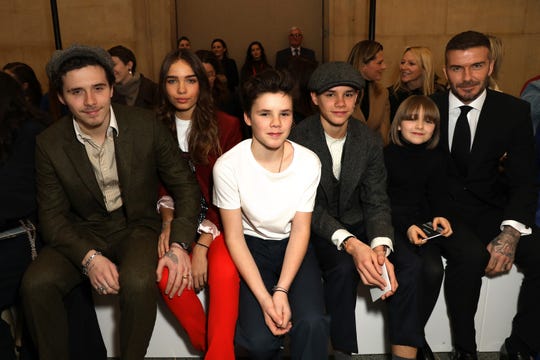 Like everyone else, Beckham family members in the audience whipped out smartphones to take a picture of Victoria Beckham when she came out for a bow at the end of the display.

Related: Victoria Beckham says she’ll ‘always be a Spice Girl’ despite not being part of reunion tour 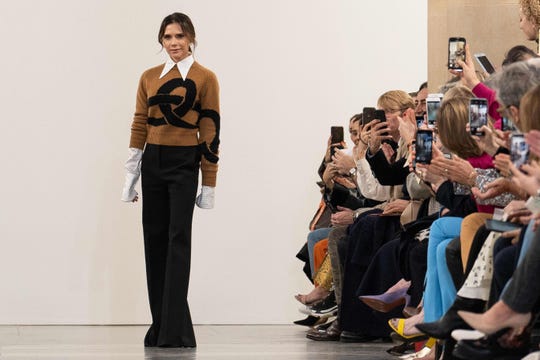 The designer said she wanted to channel “modern femininity” and cinematic drama for the collection and had in mind a particular image of the woman wearing her clothes.

“She’s proper but she’s definitely not prim,” Beckham wrote in her show notes.

The bell-bottomed trouser, a style the designer has adopted as her signature, made an appearance. So did the trend for checks, which still appears to be going strong. One ensemble featured a wide-lapeled coat, trousers and a tote bag in the same brown check pattern.

Trump 'trying to take the power of the purse away from' Congress: Dem Sen. Duckworth Video