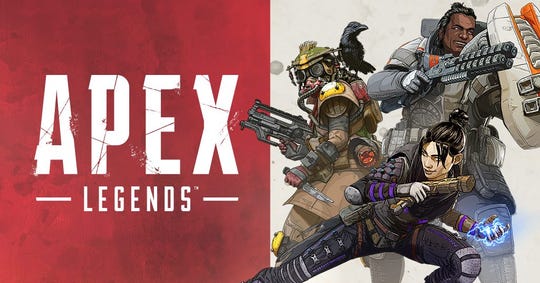 If you’ve noticed your kids spending a little less time in “Fortnite” this month, it’s not your imagination.

The king of battle royale games has found its first real competitor in “Apex Legends,” a surprise Feb. 4 release by Respawn Entertainment. In its first week, Respawn reports that the game captured more than 25 million players.

I was one of them. As an aging gamer, I’ve steered away from most online games due to my increasingly pokey reflexes and intolerance for taking criticism over them. I was skeptical, but Respawn’s quality track record on previous games like “Titanfall” led me to give this a shot. I’ve had a blast playing Apex Legends, both alone and with family and friends.

The game has obvious parallels to “Fortnite,” but it’s not the same. Here are tips parents should know know about Apex Legends from a parent who’s spending way too much time playing it.

How have I not heard about Apex Legends before?

It’s not you. Nobody had heard of “Apex Legends” before February. While most games build up hype months or years before release, Respawn kept development of this title under wraps.

With “Apex Legends,” the first news of its development leaked just days before release. Rather than go with a traditional marketing campaign, Respawn brought a small number of Twitch influencers in on the secret and led a short, fast social campaign. 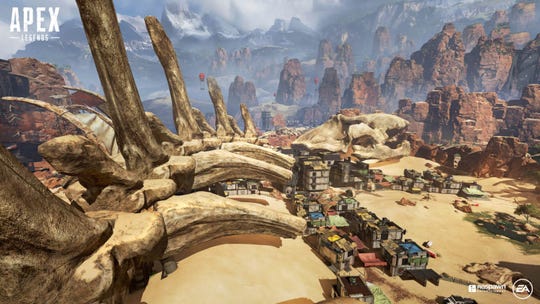 Apex Legends is part of a genre called Battle Royale — a mode that’s been around for years but was popularized by Fortnite. Battle Royale games pit a large number of players against each other in an increasingly shrinking map. Think the Hunger Games.

In Apex Legends, teams start the game from a shared location by selecting points on the island. They begin with nothing, accumulating gear and taking down other trios to see which team comes out on top.

It’s a “hero-based” game, meaning that, much like Overwatch (another game you may have heard of), players assume the role of one of eight heroes — individual personalities who specialize in things like healing, defense or deception.

What’s the difference between Apex Legends and Fortnite?

It’s team-based. While Fortnite pits every player against one another (squads are an option), Apex Legends requires you to pair up in 3-person teams. The team-based mechanic is one of the biggest changes from similar games. The game rewards teams who stick close together with a minimum of dysfunction.

Using a mic isn’t as important. One of the biggest drawbacks to playing with strangers online can be a sometimes toxic online culture where slower teammates are berated or chastised. While mics are supported in Apex Legends, my experience is that most players don’t use them.

There’s no ‘building’ aspect. Even though Fortnite’s main premise is taking out the other players, the game’s creative building mode isn’t matched in Apex Legends. In Apex, the action is often fast.

It looks a little more grown-up, but it’s still not “gory.” Fortnite is known for its cartoonish look. In Apex Legends, the world looks a little more gritty and lived in. The world was based off of Respawn’s underrated Titanfall franchise, so the worn, far future vibe lends itself to a more militaristic feel.

The game revolves around survival and teamwork. Each member of the trio chooses one of eight pre-defined heroes. Some are combat medics. Others can create holograms of themselves to distract the enemy. Others call in airstrikes or aid teammates with defensive shields.

Each team starts with no gear or weapons and launches from a central dropship passing above the same island. The trio agrees on their landing site, which sets the pace for the game.

For a frenetic experience, players land where everyone else is going. Parts of the map known for high-tier items are crowded at the beginning, with the first ones to find weapons often obliterating 10 percent of the players right off the bat.

For players who want to take time and accumulate items, landing in a part of the map that’s off the beaten trail allows time for slower accumulation of gear and a more guerrilla-style campaign (I prefer the roads less traveled).

The island features soaring buttes, abandoned military installations and fishing villages, each of which prompts different styles of gameplay. Every few minutes, a slowly collapsing ring tightens the terrain you can traverse; as fewer players remain alive, they’re slowly drawn closer to each other.

Games can last a few seconds if you land in a highly populated area, or up to 15 minutes if you survive to the end.

In a new twist for the genre, Respawn has added the ability to bring your teammates back from the dead. If you’re felled by enemy fire, a teammate can rescue your tag and take you to a “Respawn point,” at which point you’re back in the game. This mechanic encourages teamwork, as players have to go out of their way to rescue you, but they’re rewarded by having a trio back at full strength.

The voice system (or lack of need for it) is phenomenal.

One of the biggest deterrents to online gaming can be toxic voice interactions.

Apex Legends has come up with a well-implemented solution called a ping system. It’s an ingenious method that allows players to skip the need for a lot of voice communication. Using this system, players can focus on an object and highlight it for their team, at which point their hero speaks a contextual line of dialogue.

If you see your teammates lack good armor and you find a suit, highlighting it shows its location on the map to the rest of your trio. With a few button taps, you can highlight enemy locations, focus on where to travel next, tell people you’re scouting ahead or warn teammates that other teams have been through here.

Mic support is enabled by default, but I’m thrilled that most of the community has decided not to use it. The pings translate into colorful voice lines spoken by the heroes; in effect, you can get most of your talking done without talking at all. And I love it.

How much does Apex Legends cost?

Like Fortnite, the game is free to play. The game makes its money through selling Apex Coins, a form of in-game currency players buy with real money. They use these coins to unlock items and heroes. All items can be unlocked solely by playing the game, although, as you put time into the game, the rewards start out fast and come your way slower as you reach higher levels.

The developers have done a terrific job of ensuring that you can enjoy the game without shelling out money. I’ve put at least 20 hours into the Apex Legends and I haven’t spent a penny (sorry, Respawn). Through the normal progress of gameplay, I’ve earned enough currency to unlock the hero Mirage, a smarmy center of attention who’s a master of deception. And I’ve unlocked any number of sparkly, cool, randomly dropped outfits for my heroes.

Honestly, I’ve gotten so much enjoyment from the game over the past week without spending money that I’m starting to feel guilty. So, just like when I listen to a street musician and want to support them, I’m ready to toss some money into the hat to support Apex Legends, even though I don’t feel like I’m missing out on anything.

Is Apex Legends safe for kids to play?

It’s not for everyone, but Respawn has introduced a number of features that help make it accessible to all skill levels. Safety is relative to your family’s opinions, and there’s no guarantees that you won’t be paired with a surly teammate or mic abuser, but generally, my experience has been positive. Some things to note:

Yeah, it’s addictive. This game has hit me right in the dopamine receptors (ask my family). Sometimes, my team is wiped out seconds after landing. Sometimes, we’ll survive all the way to the end. In any case, for most of us, a game doesn’t last more than 10 minutes. If you’re out within a minute, it’s easy to say “just one more game.” And if you make it close to the end, you’re feeling confident enough to try a repeat performance. You’ll want to keep an eye on your kids’ screen time.

The game really does foster teamwork. The game rewards teams who stick together — it’s virtually impossible to win if you go your own way. And the game’s ingenious ping system means that winning teams are always looking out for each other, directing their teammates to better gear and weapons. When I’m hurt, players rush to give aid. When I’m low on ammo, most players share what they have. I’ve played games where a leader instantly emerges in the trio, and others where it’s a true team dynamic. Just like real life, I’ve been both a leader and team contributor — each can be equally satisfying.

The community is surprisingly forgiving. In my dozens of hours (and hundreds of matches) in Apex Legends, I’ve encountered virtually no player hostility. The ping system removes a lot of need for voice chat; I can count on one hand the times I was chastised for a bad decision or drubbed down for my lack of skills. And, even if you do get a harsh team, once you’re out of the match, voice contact is instantly severed. I was back into another game with an all-new trio before I had a moment to dwell on the experience.

Violence isn’t at military simulation levels, but it’s not a cartoon. You’ll want to decide whether the level of violence is appropriate for your child. Personally, I’d put the rating at teens. Blood is kept to a bare minimum, and there are no chainsaws or dismemberment, but weapons look and feel like realistic versions of present-day firearms. All heroes have finishing moves — some of them feature first-person executions. Light on gore, but worth you checking out ahead of time. If you’re wary of exposing your kids to violence, you owe it to yourself to view some online clips first.

Want to see for yourself? Squad up with your kids.

The team-based aspect means that you can — and should — play along. I’ve spent several hours playing sessions alongside my daughter. It’s admittedly cool to run across the island together, calling out when we spot encampments of enemies, or trying to find a better suit of armor for one another. After the game, we’ll rehash our losses (and rare victories), often opting for “just one more game.”

The one downside to Apex Legends? In order to team up with a family member, you’ll need a second Xbox, Playstation 4 or PC. There’s no split-screen option. And you have to be on the same platform — at this point, cross play between systems isn’t allowed.