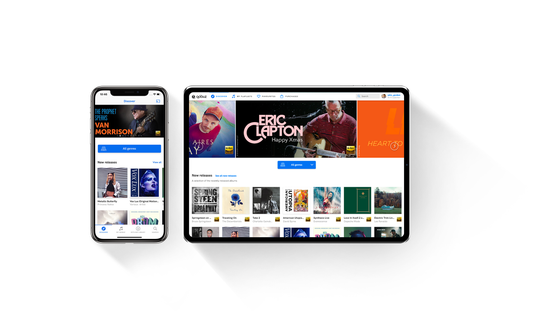 A new streaming service, Qobuz, lets you listen to music at a higher quality than leading services such as Spotify, Apple Music and Amazon Music — but it may cost you more, from $9.99 to $24.99 monthly. (Photo11: Qobuz)

There’s a new music streaming service – with an unusual name – sounding off online.

Qobuz, a subscription service launched in 2008 in France, is officially available now in the U.S.

The service’s biggest selling point: music streamed at a higher quality than industry leaders such as Spotify and Pandora.

Qobuz’s library is made up of about 40 million CD-quality tracks and millions of high-res tracks. That’s comparable to the libraries of leaders Spotify (40 million) and Pandora (40 million). Other players: Amazon Music Unlimited (more than 50 million), Apple Music (more than 50 million), Deezer (53 million) and Tidal (60 million). The most popular subscriptions for those services run about $10; Tidal’s high fidelity tier with uncompressed CD-quality music is $19.99 monthly.

A new streaming service, Qobuz, lets you listen to music at a higher quality than leading services such as Spotify, Apple Music and Amazon Music — but it may cost you more, from $9.99 to $24.99 monthly. (Photo11: Qobuz)

The new streaming music entrant (available for iOS, Android and the web, one month free trial) is betting audiophiles and other music lovers may pay a bit more for a better listening experience.

“If you are listening on the crappiest earbuds the difference is not going to be really audible,” said Dan Mackta, managing director of Qobuz U.S. “But if you care about sound and you have spent a couple hundred dollars on great headphones or higher-end ear buds it’s pretty startling.”

A hybrid service, Qobuz also sells music downloads in CD and better-than-CD quality to subscribers and non-subscribers alike. The Sublime subscription gives you a discount on high-res downloads, so if you plan to buy many, it’s worth considering.

“What we are known for is this human hard-core music fan touch,” he said. 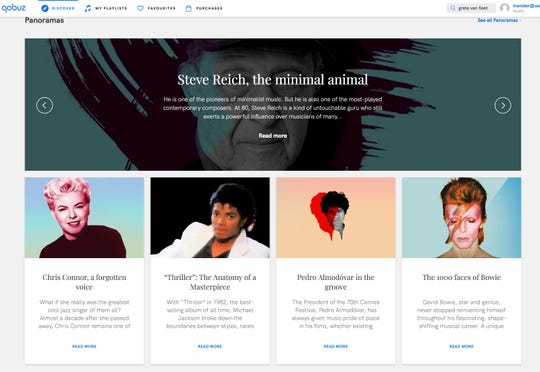 In addition to high-resolution tracks, the new music streaming service Qobuz has curated playlists and features about artists and trends. (Photo11: Qobuz)

Music journalist Mike Mettler, who reviewed Qobuz during its closed U.S. testing phase for audio-video news site Sound & Vision, found the service’s site and app easy to navigate. And its sound is “decidedly comparable to Tidal … if not superior, and may ultimately prove more intuitive to navigate as time rolls on,” he told USA TODAY.

The high-res music “is absolutely top-shelf to my ears,” he said.

Qobuz’s high-resolution library – albums include Kacey Musgraves’ “Golden Hour,” Drake’s “Scorpion,” Greta Van Fleet’s “Anthem of the Peaceful Army,” and the entire Led Zeppelin collection – are mastered at up to 24-bit/192 kHz quality. That is roughly 29 times the quality of MP3 and better than CDs, which are mastered at 16-bit/44.1 kHz. (The more bits and higher sampling rate should result in richer sound.) 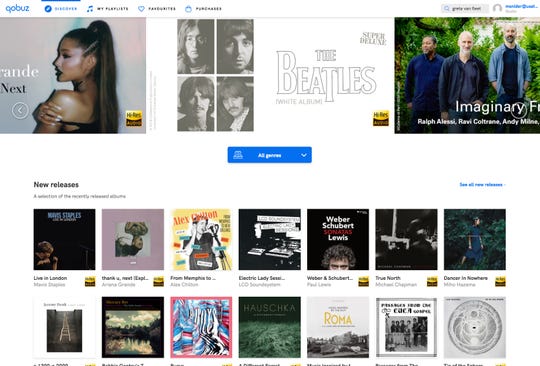 A survey of music app users released in October found about one-third had in the past month listened to Pandora (32 percent), followed by Spotify (used by 25 percent), Apple Music (21 percent), Google Play (16 percent) and iHeartRadio (14 percent), according to eMarketer.

“U.S. consumers have not responded to sound quality as a selling point for streaming services,” Verna said. “They are much more interested in price, convenience, depth of catalog, user experience, and compatibility with platforms and devices including smartphones, car players, exercise equipment, and smart speakers.”

Another French-based music streaming service, Deezer, which became available in the U.S. in July 2016 has also not “made a serious dent in the U.S.,” Verna said.

“Spotify, Pandora and Apple Music are deeply entrenched here and will be hard to compete with,” he said. “If anyone is poised to disrupt the market, it’s Google and Amazon, both of which have advanced music streaming platforms, deep libraries, tremendous brand strength, vast marketing power, and natural allies in their burgeoning smart-speaker businesses.”