The decline of brick-and-mortar stores isn’t expected to slow down, according to a new report.

Coresight Research released an outlook of 2019 store closures Wednesday, saying, there’s “no light at the end of the tunnel.”

According to the global market research firm’s report, six weeks into 2019, U.S. retailers have announced 2,187 closings, up 23 percent compared to last year. Those closings include 749 Gymboree stores, 251 Shopko stores and 94 Charlotte Russe locations.

Factors influencing the closings include online retail growth, flat and declining sale and rising interest rates, according to the report.

Bankruptcies also are continuing at a rapid pace “with the number of filings in the first six weeks of 2019 already at one-third of last year’s total,” the report states.

Charlotte Russe bankruptcy: 94 stores closing. Is your store on the list? 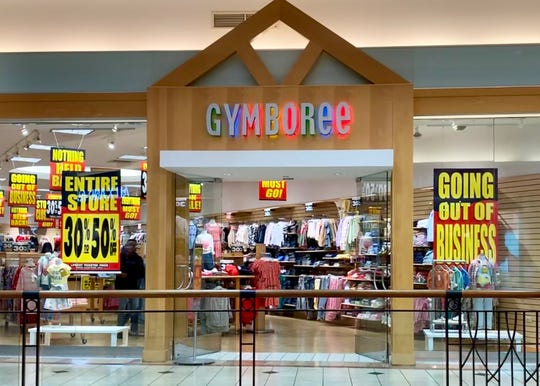 Children’s clothing retailer Gymboree Group Inc. announced on Jan. 16 that it filed for Chapter 11 bankruptcy protection and it will close around 800 Gymboree and Crazy 8 stores in the United States and Canada. (Photo: KELLY TYKO/TCPALM)

There’s “potentially many more (closings) on the way due to companies currently in the bankruptcy process and more on the horizon,” the report states.

If Charlotte Russe doesn’t find a buyer by Feb. 17, the chain plans to completely liquidate, according to a court filing. The company, which caters its items toward young women’s fashion, has more than 500 stores in 49 states and Puerto Rico.

Payless ShoeSource also is reported to be considering its second bankruptcy.

Coresight Research, which has offices in Manhattan, London and Hong Kong, tracked the 5,524 closings in 2018, which included all Toys R Us stores and hundreds of Kmart and Sears locations. The record year for closings was 2017 with 8,139 shuttered stores.

“The continuation of a high level of retail bankruptcies, with the annualized number of filings year-to-date in 2019 already outpacing the number in 2018,” Coresight said in the new report.

President Trump: 'A shutdown would be a terrible thing' Video