Just when you thought there was an emoji for almost everything.

Unicode just released its 2019 Emoji list, and the update included 230 new texting symbols, including a pinching fingers gesture that people on Twitter say represents a small penis and a drop of blood that internet culture is using to represent menstruation.

Announced Tuesday by the Unicode Consortium, a group that helps make open standards to allow people to use computers around the world, the new emoji group will hit phones later this year.

Updates will begin in April and continue through the end of the year, according to Emojipedia. 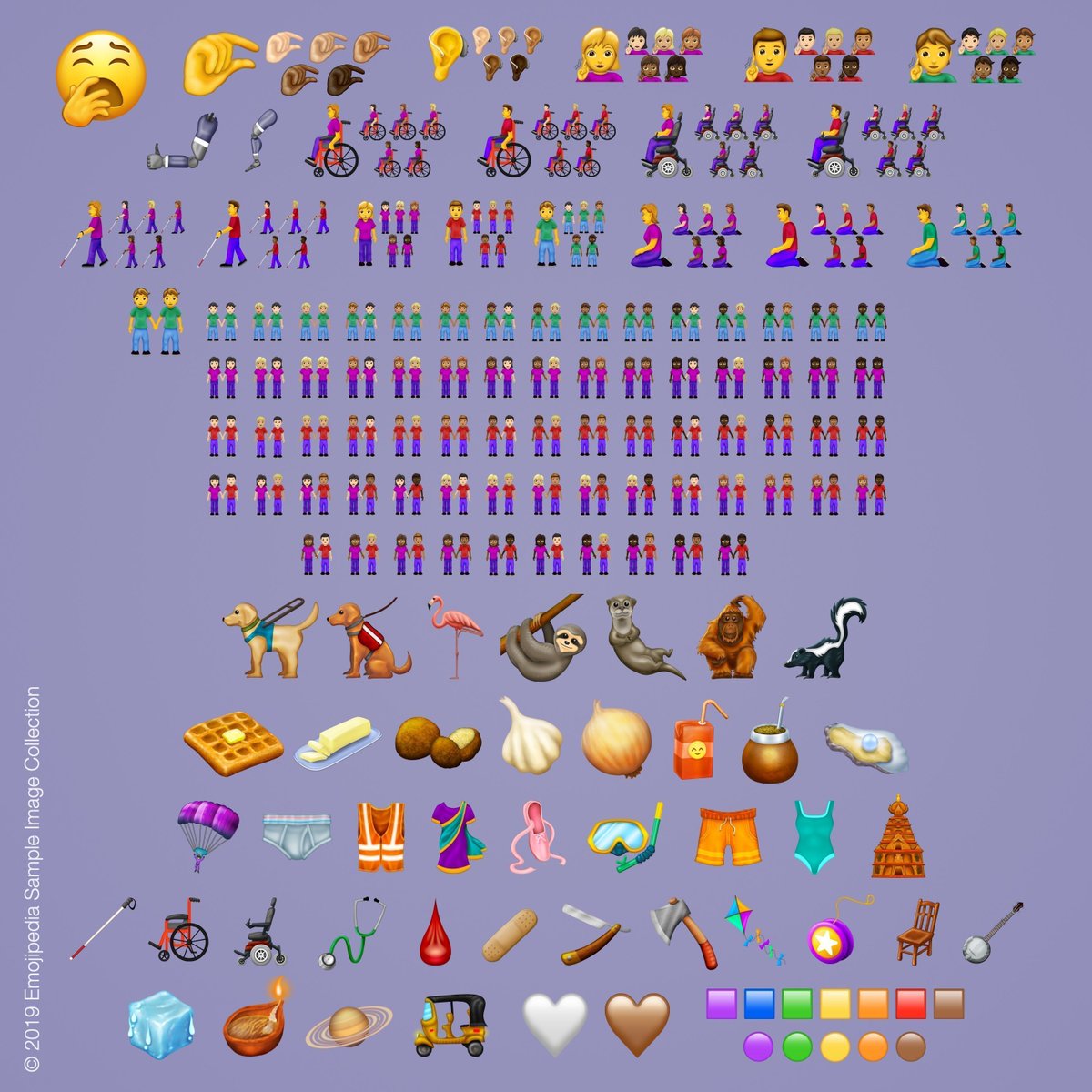 The Pinching Hand option will come with adjustable Skin Tones and will likely dominate group texts and Tinder accounts everywhere.

Skin-tone support was added to the Unicode Standard in 2015, and it increased representation of women in 2016, became gender inclusive in 2017 and added new hair colors in 2018.

The very detailed Drop of Blood Emoji comes after a campaign led by Plan International UK saw more than 55,000 people calling for a period emoji to be added to the global emoji keyboard.

The charity hopes that the emoji will help to break down the stigma surrounding periods.

Twitter is a hotbed of chatter around the new texting options.

Finally an emoji to describe the size of my

“Finally an emoji to describe the size of my Attention span,” writes Twitter user @yahya_official2.

The real question is why not? period blood is the best emoji ever!

“The real question is why not? period blood is the best emoji ever!” writes Twitter user @ArtofWinters.

This marks the sixth major emoji update since 2014, taking the total number of emoji up to 3,053.

The update also adds more than a dozen emoji that represent members of the deaf and blind communities and people with disabilities. The characters, which were proposed last year by Apple, include people in manual and mechanized wheelchairs, prosthetic limbs, and service dogs.

To come up with the proposed emoji, Apple collaborated with such organizations as American Council of the Blind, the Cerebral Palsy Foundation and the National Association of the Deaf.