Jennifer Lawerence’s new movie ‘Red Sparrow’ depicts a strong woman. She explains how that role impacts the Me Too movement.
USA TODAY

Lawrence, 28, has been dating Maroney since last spring, when outlets like People and Cosmopolitan confirmed they were seeing each other. Page Six says the couple was introduced by Lawrence’s friend, Laura Simpson.

Lawrence, of course, came to worldwide fame as the star of “The Hunger Games” blockbuster franchise and won a best actress Oscar for 2012’s “Silver Linings Playbook.” But who is Maroney? 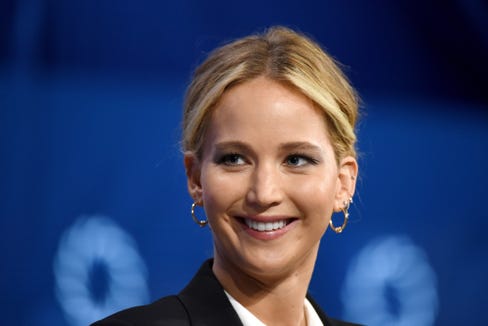 According to People, the 33-year-old Maroney is part of New York’s art scene and is a director at Gladstone 64, a gallery on Manhattan’s Upper East Side. His clients include Lena Dunham’s father, People says.

Before Maroney, Lawrence was involved with Darren Aronofsky, who directed her in 2017’s “mother!”