Don’t want to miss the Super Bowl? On the go? No cable or internet? You can stream the big game from your phone or tablet.
USA TODAY

Super Bowl LIII is set for CBS this year, and if you don’t have access to cable or broadcast TV, you have many streaming options as well.

The game airs Sunday, beginning at 6:30 p.m. ET, from Atlanta on the CBS network. Your easiest options for watching are via the local CBS affiliate in your town, on broadcast or cable, or via the CBS All Access streaming service, which starts at $7.99 monthly.

If you want to watch on a mobile phone, tablet, computer or as a cord cutter via a streaming player, get to know this web address and app: CBS Sports.

The CBS Sports TV app will show the Super Bowl for free, without having to authenticate your cable service. You can watch at CBSSports.com on your computer, or via the mobile app for phones and tablets. 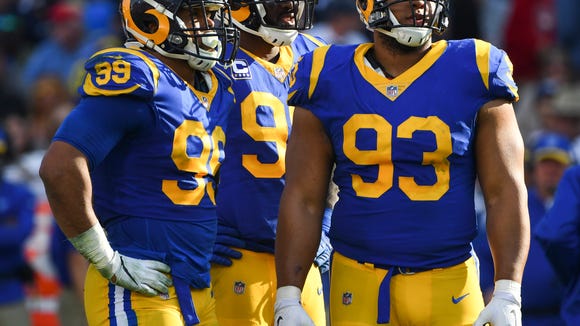 For cord cutters who have ditched cable and use a streaming player and internet connection to bring in entertainment, there’s a CBSSports TV app available on Roku, Amazon Fire TV Stick, Apple TV and Google Chromecast devices.

More: NFL fans: The most passionate in sports?

In a new survey by digital marketing agency Adtaxi, more viewers will tune in to the Bowl via streaming services this year (21 percent) compared to 8.1 percent last year.

If you pay for one of the cable TV alternative services that bring in the broadcast networks and a selection of cable channels, you can see the Bowl this way as well, with all but SlingTV, which doesn’t carry CBS. (Sling fans, you can do a workaround and download CBS Sports on your favorite streaming player. You can’t watch Sling without a streaming player, so getting the CBS Sports app should be easy.)

Beyonds CBS broadcast, CBS All Access and the CBS Sports app, the game is also available on the Yahoo Sports mobile app and the NFL app.

Finally, if you’re a cord cutter who never bothered to subscribe to a cable TV alternative and don’t want to spend $40 monthly this way, may we suggest adding an over-the-air antenna to your portfolio?

Antennas have gotten much stronger over the years, and many come with amplifiers to boost the signal. The Amazon Basics antenna, for example, sells for $27.99 and promises range up to 50 miles.

Taliban to take part in 'intra-Afghan' talks in Moscow